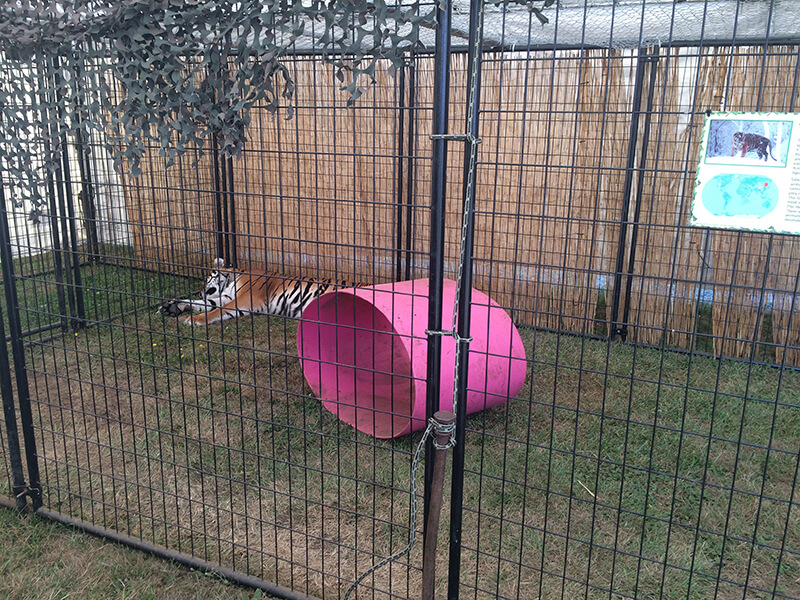 PETA supported this ordinance at every stage. We submitted written comments and even arranged for members and supporters to speak at meetings. We also contacted A Walk on the Wild Side—a local shoddy roadside zoo—to offer to facilitate the transfers of its animals to reputable sanctuaries.

Despite being cited by the U.S. Department of Agriculture for the illegal transfer of newborn wild cats two years in a row, A Walk on the Wild Side has still been condemning animals to a life on display at fairs and public events. Owner Steven Higgs has also been cited for illegally transporting two 3-week-old bobcats from Florida as well as for keeping animals in unsafe enclosures and having inadequate perimeter fencing around dangerous animals.

Help Us Help These Animals

Click on the button below to tell A Walk on the Wild Side to stop exhibiting wild animals and urge it to retire the animals at its facility to reputable sanctuaries:

A Walk on the Wild Side: Transfer Animals to Reputable Sanctuaries Now!