BREAKING: Today, Virginia made history—Gov. Glenn Youngkin has just signed into law protections for animals bred and sold for experiments. PETA has never been prouder to call Virginia our home!

All five bills to #protectbeaglesinVA have been signed!

From our undercover investigation to legislative pressure, we've been working nonstop to get more legal protection for thousands of dogs bred for experiments at Envigo's factory farm. pic.twitter.com/qbhUQlbXvE

Undercover video footage captured by PETA ignited calls for reform and oversight at laboratory-supplying beagle-breeding factory farm Envigo in Cumberland, Virginia, whose past clients include the National Institutes of Health.

Once these laws go into effect, Envigo won’t be able to get away with depriving nursing mother dogs of food for days, letting puppies freeze to death or fall into drains and die, or allowing beagles to suffer with painful and untreated conditions.

This victory was months in the making and had unanimous bipartisan support.

PETA thanks Gov. Youngkin and the 140 members of the Virginia General Assembly who voted unanimously to protect dogs and cats bred for experimentation in our state. 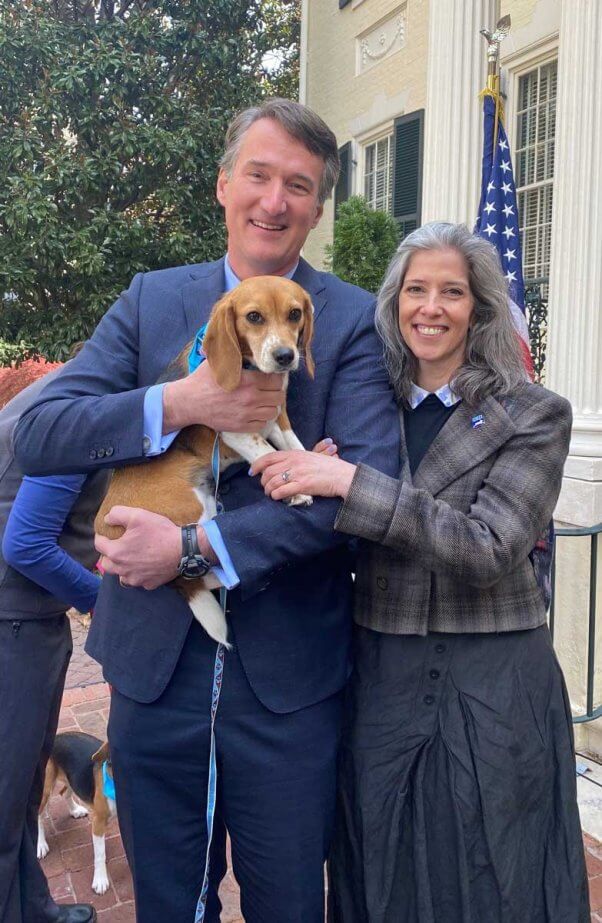 “In light of persistent and egregious violations of the AWA, we believe that APHIS should immediately suspend the license of the Envigo breeding facility,” the senators wrote in their recent letter to Animal and Plant Health Inspection Service (APHIS) Administrator Kevin Shea. Although the U.S. Department of Agriculture (USDA)—of which APHIS is an agency—has cited Envigo for a total of 73 violations of the federal Animal Welfare Act since July 2021, the department has failed to take any enforcement action against the notorious beagle supplier. As Warner and Kaine pointed out, “The role of the [USDA] in ensuring humane treatment of animals extends beyond routine and focused inspections.”

And there’s another group of people who played a major role in nabbing this win: Compassionate folks like you. The USDA may be dragging its feet, but more than 68,000 supporters have taken action, urging authorities to remove suffering dogs from Envigo immediately and to suspend its license to operate. Click below to join them:

Note: PETA supports animal rights, opposes all forms of animal exploitation, and informs the public about those issues. PETA does not directly or indirectly participate or intervene in any political campaign on behalf of or in opposition to any candidate for public office or any political party.