Some visitors to South Carolina turned their vacation into an opportunity to advocate for animals when they spotted two aquariums packed to the brim with slider turtles at a beach shop. 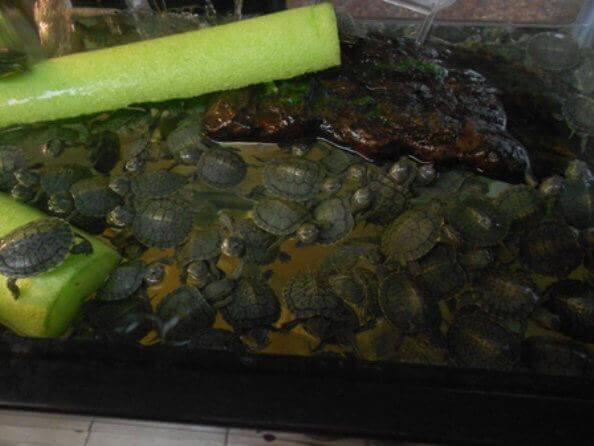 The aquariums were full of water, and the turtles had only a small bit of rock and cut-up pieces of a pool toy to climb onto to rest. Slider turtles can’t hold their breath for long underwater, and the turtles were exhausted from being forced to swim constantly and surface frequently in order to get air. Reportedly, some of the animals had already died from their ordeal. 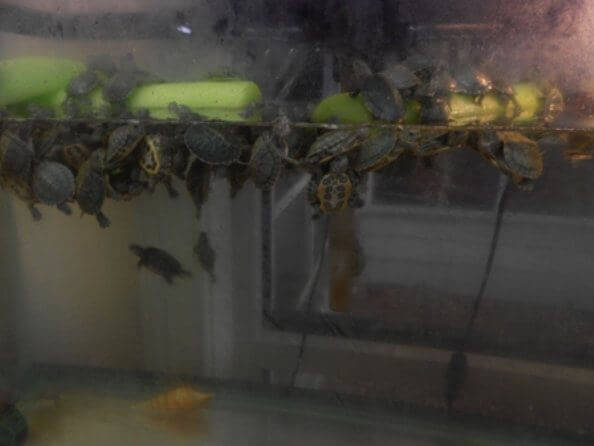 The tourists called PETA, and we contacted a reputable law-enforcement agency in the area. The responding officer immediately cited the store manager for cruelty to animals. The officer also ordered the store to give the turtles more space, provide each tank with sufficient items for the turtles to rest on, and closely monitor the quality of the water.

In court, the officer and an equally diligent prosecutor made an excellent case for cruelty charges, and the manager was convicted and slapped with the maximum penalty—more than $1,000. The court also appointed a reptile specialist to educate the manager on the proper care of turtles. PETA is pushing the store to stop selling turtles altogether.

This all happened because some tourists took a few minutes out of their vacation to help animals. Never let an opportunity pass you by—never be silent.