Pelusa’s guardian was frantic. The little cat had darted up a tree in Patillas, Puerto Rico, after being frightened by dogs and had been trapped there for nearly a week. Because the young cat was so high up—about 35 feet—her guardian couldn’t get her down on her own. The cat was clearly too scared to come down herself, so her guardian appealed to the local fire-and-rescue department for help—but nothing was happening. 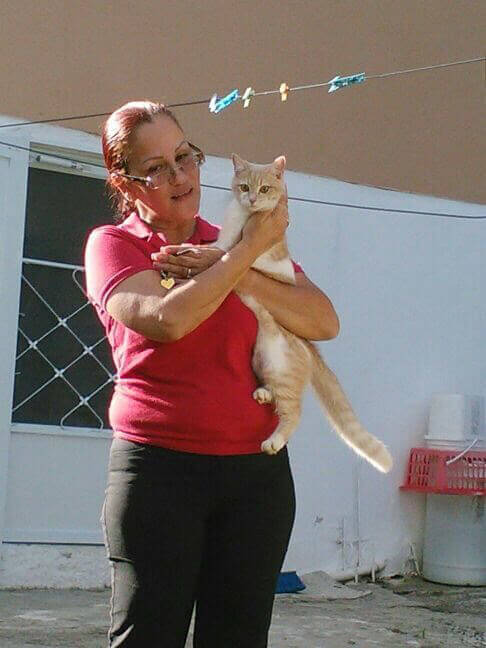 Glen Venezio with Animal Concerns Puerto Rico put pressure on fire-and-rescue officials and persuaded them to act. But by the time that they finally arrived on the scene, a local 17-year-old boy who is an expert climber had scaled the tree and managed to carry Pelusa down by himself after carefully placing her in a sack.

A PETA cruelty caseworker then coordinated with another local activist to arrange for Pelusa to be taken to a veterinarian to get a checkup and, after recovering her strength, an all-important spay surgery. She’s now “fixed” and back at home with her grateful guardian.

Pelusa’s close call serves as a reminder of why cats are always safest indoors—and why you should never give up when an animal is in peril. You might have to make several calls before you obtain results, but don’t give up!