I’m at South by Southwest in Austin this week with some other folks from PETA’s Marketing Department, for the Interactive Media portion of their little festival. ‘Cuz I like to nerd out like that. The idea is that I’ll return an even more cutting-edge and, like, connected blogger than ever before. It’s my intention to learn how to use obnoxious Internet-speak more effectively and maybe spend more time dropping references to XHTML or whatever’s going on with my Twitter page—so you all have that to look forward to if I’m able to make the most of SXSW this week.

Anyway, the point is that my friend Christine will be running the PETA Files in my absence. Unlike some of the other folks who have been filling in for me in recent weeks, Christine is smarter, cooler, and generally more fabulous than I am. She’s like Jack 2.0. So, um, don’t get too attached. I’ll be back Wednesday. 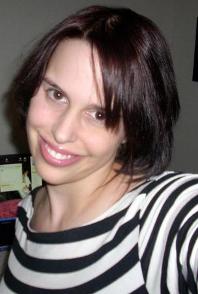