If you’re anything like me, you start getting psyched around Noon on Sunday just knowing that The Sopranos is going to be on later that night. Well last night, as Carmela and Tony had another one of their knock-down-drag-out fights (I’m with Carm on this one, the spec house was HER project, so the proceeds should be hers to do with as she pleases), it reminded me of the amazing PSA Edie Falco did for us, pointing out the link between violence to animals and domestic violence. 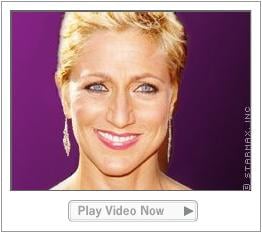 Even if you’re not a die-hard Sopranos fan, this PSA is powerful stuff. But really, the price of HBO is worth it for the Sopranos alone (I’d sell a kidney to pay the cable bill before I’d miss an episode), not to mention that it’s followed by Entourage. Sunday nights and the Sopranos, its just one of the little things that makes life worth living . . . especially with Edie absolutely killing it as Carmela every week.