The voting has officially opened. Last year, Veronica Mars’ Kristen Bell took home the coveted prize of World’s Sexiest Female Vegetarian, and Prince beat out some of the best-looking dudes in Hollywood to win the award for the guys. According to my source over in our Vegetarian Campaigns department, Heroes star Milo Ventimiglia has taken an early lead in the voting, and Bryce Dallas Howard, who’s starring in this summer’s Spiderman 3—which, if the box office numbers are anything to go by, everyone in the country has seen a couple of times already—is currently inching ahead in the votes for the ladies.

Remember, it’s not that meat-eaters can’t be sexy. It’s just that they could be sexier. You can pick your favorite vegetarian celebrity by clicking here. I will be voting for Alyssa Milano. Multiple times. Just FYI. 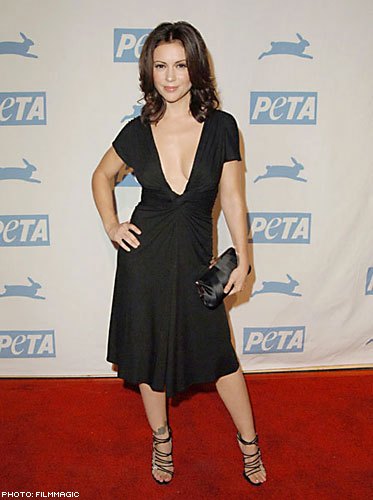