When a young couple on vacation in Florida decided to take a leisurely afternoon stroll through a park, they had no idea that they were about to save a life. But that’s exactly what happened.

The pair came upon a duck sitting in the grass who didn’t attempt to waddle away or even stand up as they neared. On closer inspection, they saw why. The duck’s left leg was broken and was dangling limply from his body. Unable to move, he stared helplessly up at them. 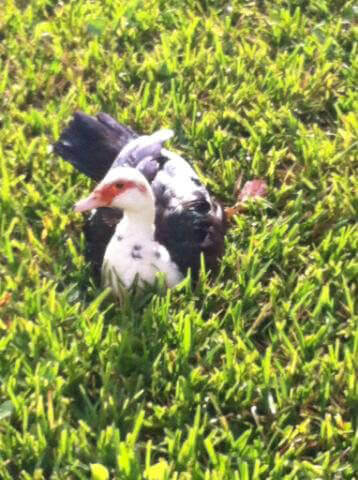 The couple called PETA for help, and we quickly contacted a reputable wildlife rehabilitator nearby. The rehabilitator rushed to the park while the couple waited with the duck. Within an hour of the couple’s worried phone call, the injured duck was out of harm’s way and headed to get help.

Often, saving an animal’s life is just that easy.