Forest Whitaker is on fire right now. The vegetarian actor, director, and producer has already bagged Golden Globe and SAG wins for his portrayal of Ugandan dictator and rumored cannibal (oh the irony!) Idi Amin in The Last King of Scotland, and he’s got my vote for the Oscar as well. And last night he absolutely rocked as a guest star on ER. 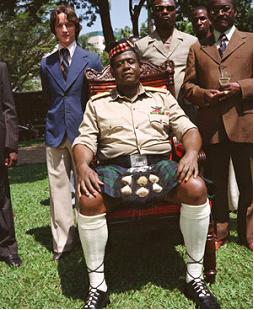 I’ve been a fan since The Crying Game, and it’s great to see him getting some serious recognition for his work now.

Forest, you deserve all the success you’re having right now. Your fans at PETA are especially proud.