For years, PETA scientists have been proving that experiments on animals are abusive, unreliable, and wasteful and cost both animal and human lives. And this week, InsideSources invited Justin Goodman, PETA’s director of government relations in the Laboratory Investigations Department, to present his argument against experiments on animals to its readers. The evidence is hard to deny:

The following was originally published on InsideSources on June 11, 2016:

Point: A Human Is a Chimpanzee Is a Monkey Is a Mouse

Under current law, virtually no experiment on animals—no matter how painful or trivial—is illegal. Cats have holes drilled into their skulls and their ears cut off, dogs are intentionally poisoned to death with pesticides, monkeys are addicted to cocaine and heroin, pigs are shot and have their skin burned off, and rabbits are given crippling spinal cord injuries.

And even though they feel pain and suffer just the same, mice, rats, birds and cold-blooded animals—who make up more than 95 percent of the 100 million animals in U.S. laboratories—are entirely excluded from protection under the Animal Welfare Act, the main federal law governing animal experimentation. Under federal law, they’re not even “animals.” 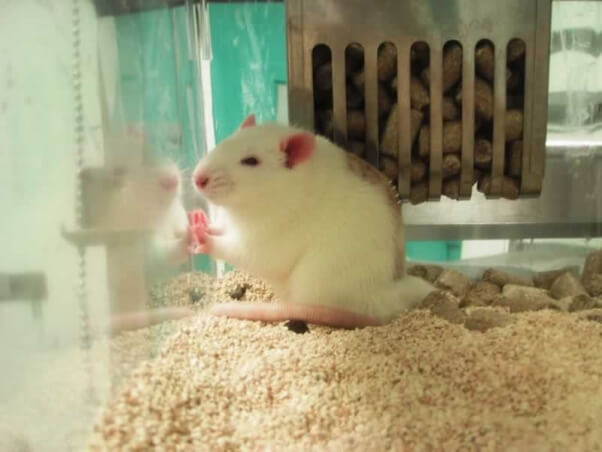 Calling cruelty to animals “medical research” does not make it any less painful to its millions of victims in laboratories, and there is no logic to valuing the life of one being over another. History has moved us down this road: Not long ago it was considered acceptable to experiment on groups of humans whose interests were deemed unimportant. Even though we could learn more about disease by experimenting on humans, we no longer allow this. So, too, is it wrong to treat other species as though their lives don’t matter.

This isn’t just PETA’s opinion. According to Pew Research Center, half of Americans oppose animal experimentation, and Gallup polls show one-third believe animals should have the same rights as humans.

Science is on the animals’ side too. Even the National Institutes of Health, the single largest funder of animal testing in the world, has had to acknowledge the overwhelming failure of experiments on animals to improve human health. A 2014 review paper in BMJ co-authored by a Yale School of Medicine professor concluded, “If research conducted on animals continues to be unable to reasonably predict what can be expected in humans, the public’s continuing endorsement and funding of preclinical animal research seems misplaced.”

Despite this, many experimenters insist disease research will grind to a halt if they can’t use animals. This is simply not true. Indeed, given the failure of animal “models” to provide a cure for deadly ailments, we’re likely to see more progress if the focus is taken off using the wrong species. In the NIH’s words, “animal models often fail to provide good ways to mimic disease or predict how drugs will work in humans, resulting in much wasted time and money while patients wait for therapies.” 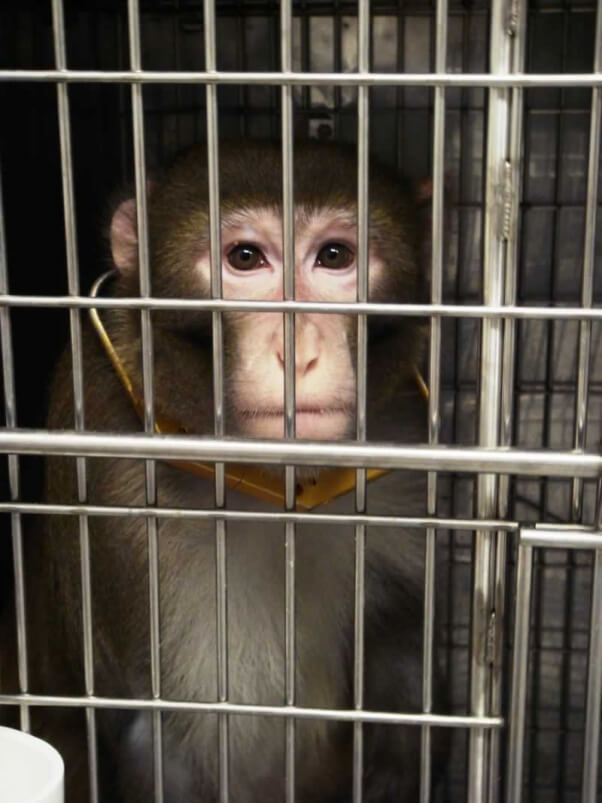 Even so, NIH spends nearly half of its $30 billion budget on animal testing. Fortunately, Congress and the public can compel what animal experimenters won’t do voluntarily.

For example, in late May, NIH announced plans for a much-anticipated expert review of the ethics of subjecting primates to harmful and invasive experiments. This first-ever ethical assessment is happening because of a congressional mandate motivated by a PETA campaign that exposed and ended barbaric studies in which hundreds of infant monkeys were torn from their mothers at birth to cause psychological trauma and distress. Lawmakers first asked NIH to initiate such a review. When NIH resisted, Congress compelled it to do it.

Likewise, NIH just officially codified its earlier plan to end experimentation on chimpanzees. The agency actually had plans to expand chimpanzee experimentation in 2010 until Congress ordered it to commission a review by the National Academies of Science. That landmark review deemed the practice “unnecessary” and subsequent government actions have outlawed it and set the stage for the 300 federally owned chimpanzees in laboratories to be retired to sanctuary.

Why would the foremost scientific authority in the world resist thinking critically about the scientific and ethical merits of the work it does? NIH director Francis Collins eventually stated that chimpanzees are deserving of “special consideration and respect” because they are “our closest relatives in the animal kingdom.” But then he made the inconsistent proclamation that, “Research with other non-human primates will continue to be valued, supported and conducted by the NIH.”

There is no logical reason for extending special protections to chimpanzees and not to other primates. Or for that matter, to all animal species. 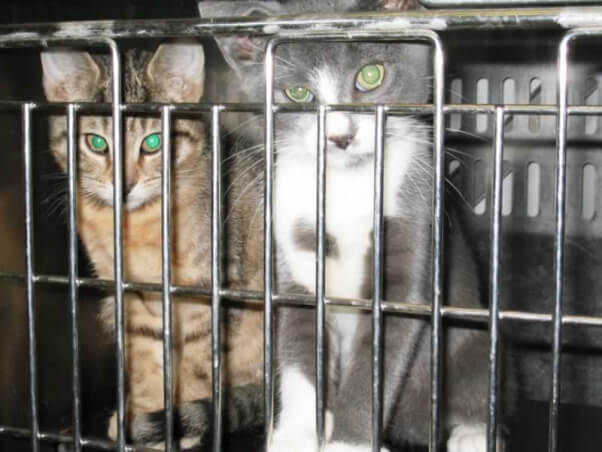 Animals possess all the biological and cognitive characteristics that make it repugnant to experiment on humans without consent. They have likes and dislikes. They experience pain, suffering and pleasure. They are mothers, fathers, sons, daughters, brothers and sisters. They care deeply for one another and will put themselves in peril to protect family, friends and even strangers. They want badly to live and avoid pain—that’s obvious.

For everyone’s sake, animal testing has no place in the 21st century.

Of course, experimenters who prefer to use animals responded to the piece with rhetoric in defense of their archaic practice. But the counterpoint article was based on a glaring inconsistency.

The author told the tale of a piglet who was “full of personality,” “playful,” “gentle,” and “love[d]” by her and her colleagues. Right up to the day when they used him in a brain-damage experiment, drained all the blood from his body, and killed him. Now they laugh at memories of this trusting piglet. The experimenters’ emotional detachment is disturbing and a frightening definition of “love” if ever there was one.