Prada has blood on its hands. That’s the message that PETA U.K.’s bodypainted “snake” delivered outside the company’s store in Milan. 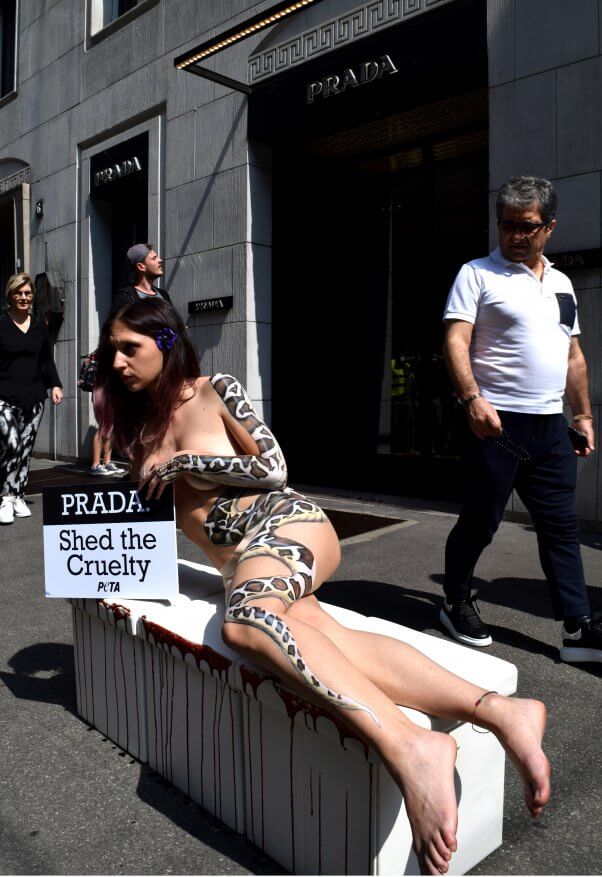 The next day, a PETA representative attended Prada’s annual meeting, making executives squirm. In 2016, PETA bought a stake in the company in order to pressure it from within to end its use of exotic-animal skins.

While it’s promising that Prada Executive Director Carlo Mazzi assured PETA that the company will no longer prominently highlight exotic skins or fur in its line and that items made of ostrich skins account for less than 0.3 percent of its inventory, Prada continues to refuse to do anything more substantial to end the cruelty it supports.

As PETA has exposed, ostriches are roughly handled and electrically shocked before their throats are slit, snakes are nailed to trees and skinned alive, alligators’ necks are hacked open, and crocodiles are kept in tiny, filthy pits and metal rods are jammed down their spines.

At Prada’s meeting last year, Italian singer Daniela Martani led a protest outside the building wearing an “ostrich corpse” dress surrounded by life-size “ostriches.” PETA and our international affiliates have continued to hold eye-catching protests at Prada stores around the world since the launch of our first crocodile-skin exposé in 2016. And we don’t plan to stop until the company stops tormenting and killing animals for accessories. 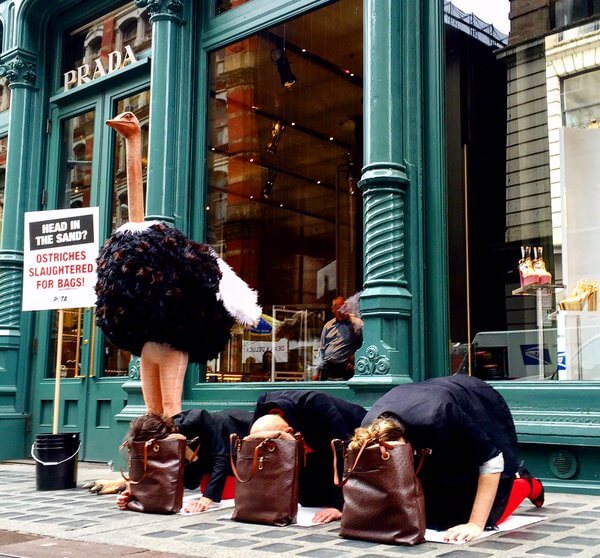 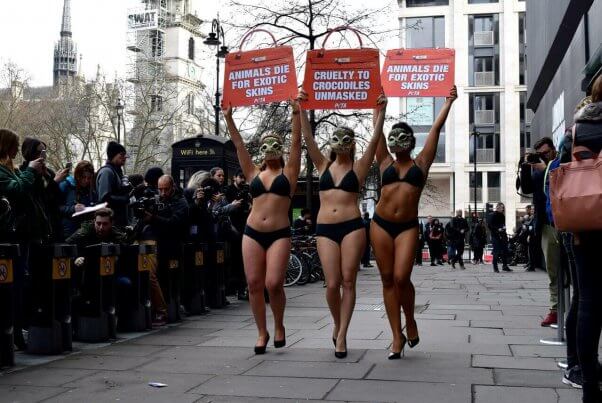 Join compassionate people around the world in telling Prada to bag the exotic-animal skins.