The October 30 issue of Nation’s Restaurant News features a new ad from PETA in direct response to one that ran last month by the Humane Society of the United States (HSUS). 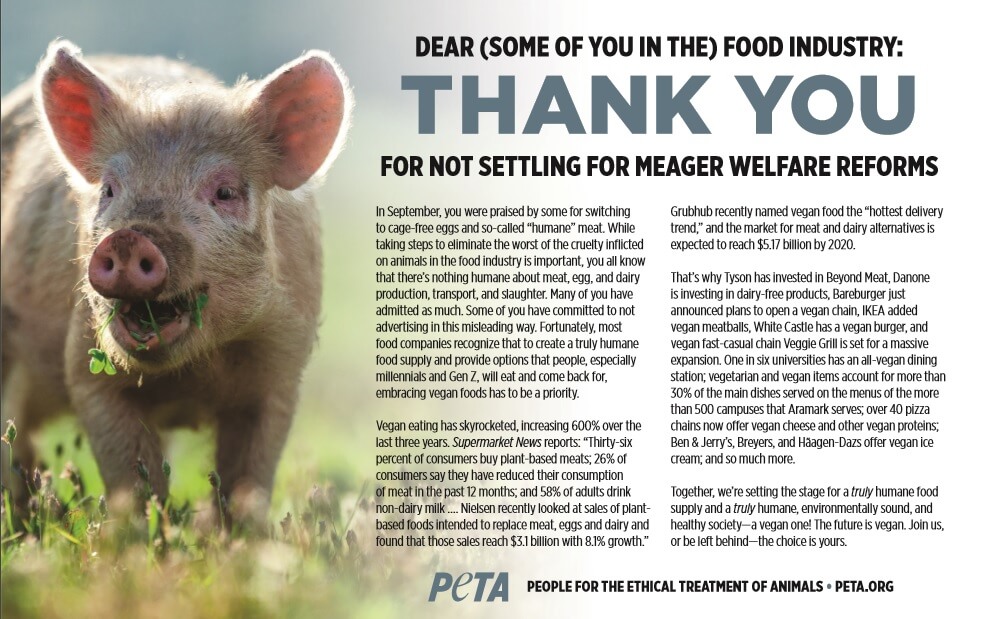 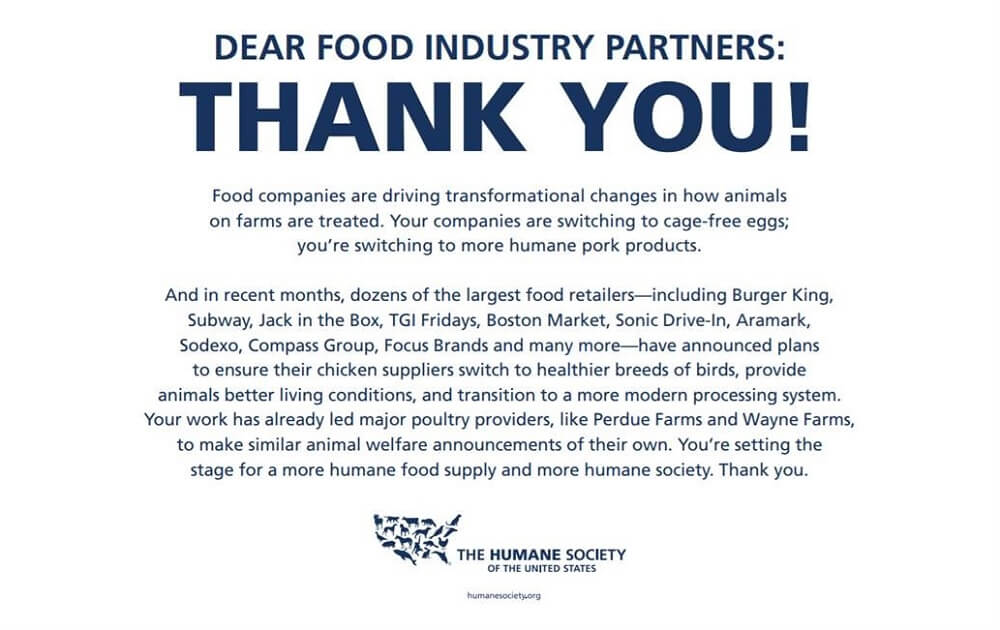 PETA’s ad in Nation’s Restaurant News this week features a cute pig opens “Dear (Some of You in the) Food Industry: Thank You for Not Settling for Meager Welfare Reforms.” It highlights the explosion in vegan food options and praises companies that have invested in the now multibillion-dollar vegan foods industry, including Tyson Foods—which invested in Beyond Meat—and White Castle, Ben & Jerry’s, and many others that now offer vegan meals and treats.

The ad points out that while supporting reforms such as “cage-free” eggs and so-called “humane” meat may reduce some of the worst cruelty inflicted on animals in the food industry, the only truly humane meal is a vegan one, such as the Beyond Burger, Gardein’s vegan Chicken Tenders and Fishless Filets, Daiya’s vegan cheese, and more.

Our ad reminds everyone in the food business that millennial and Gen Z diners want vegan meals, and they aren’t buying misleadingly advertised incremental welfare changes. The future is vegan, and companies must join the vegan revolution or see their businesses go hungry.

PETA notes that cows raised for “humane” beef are still castrated and branded without painkillers, “cage-free” chickens still spend their lives in crowded and ammonia-filled sheds, and animals whose flesh, eggs, and milk are labeled as “humane” typically endure the same miserable transportation to the same terrifying slaughterhouses as those used for conventionally marketed meat, eggs, and dairy “products.”

Save over 100 animals a year by switching to a vegan diet today.

Need help getting started? PETA has you covered.