Update: On April 30, Joseph Muninger was back in court. Since he has yet to pay his court fees relating to the case brought against him after PETA’s sting, the judge sentenced him to 30 days in jail, suspended for one year, and again ordered him to pay what he owes. PETA will continue monitoring the case.

The following was originally published on January 29, 2018:

For years, animal abusers have tried to hide behind the anonymity of Craigslist. So, for years, PETA has been assuring them that they can’t.

You probably haven’t heard of Joseph Muninger, unless you happened to buy a baby turtle who was advertised online for sale in Newport News, Virginia. But PETA has heard of him, because we found him illegally posting red-eared slider turtles for sale online.

We gathered evidence about him and sent it to the Virginia Conservation Police, who opened a case. And today in court, he pleaded guilty to a Class 1 misdemeanor for offering wild animals for sale and was ordered to perform 30 hours of community service and pay court costs. He’s the latest Craigslist animal abuser to be brought down in a PETA sting. 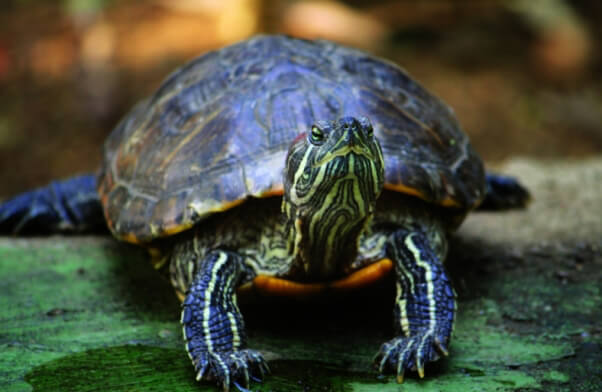 The U.S. Food and Drug Administration prohibits transactions like these, and for good reason. The animals involved frequently carry potentially deadly salmonella, which is easily transmitted to people. And dealers like Muninger sell the animals as babies—when they are far too young. Referring to his turtles—one whose shell he agreed was only 1 to 2 inches long—he told eyewitnesses that he charged more for the turtles “the closer they are to when they hatch” because “people … want them smaller.” Now his proceeds are about to get smaller, too: zero.

PETA will continue to urge Craigslist to crack down on animal sales and “free to good home” ads. And we ask all compassionate people to leave wildlife in the wild and always adopt, don’t shop, for companion animals.