Five weeks after a PETA exposé revealed that roughly 150 discarded greyhounds kept in decrepit conditions were farmed for their blood at The Pet Blood Bank in Cherokee, Texas, the facility announced that it’s shutting down and the dogs will be transferred to adoption programs! 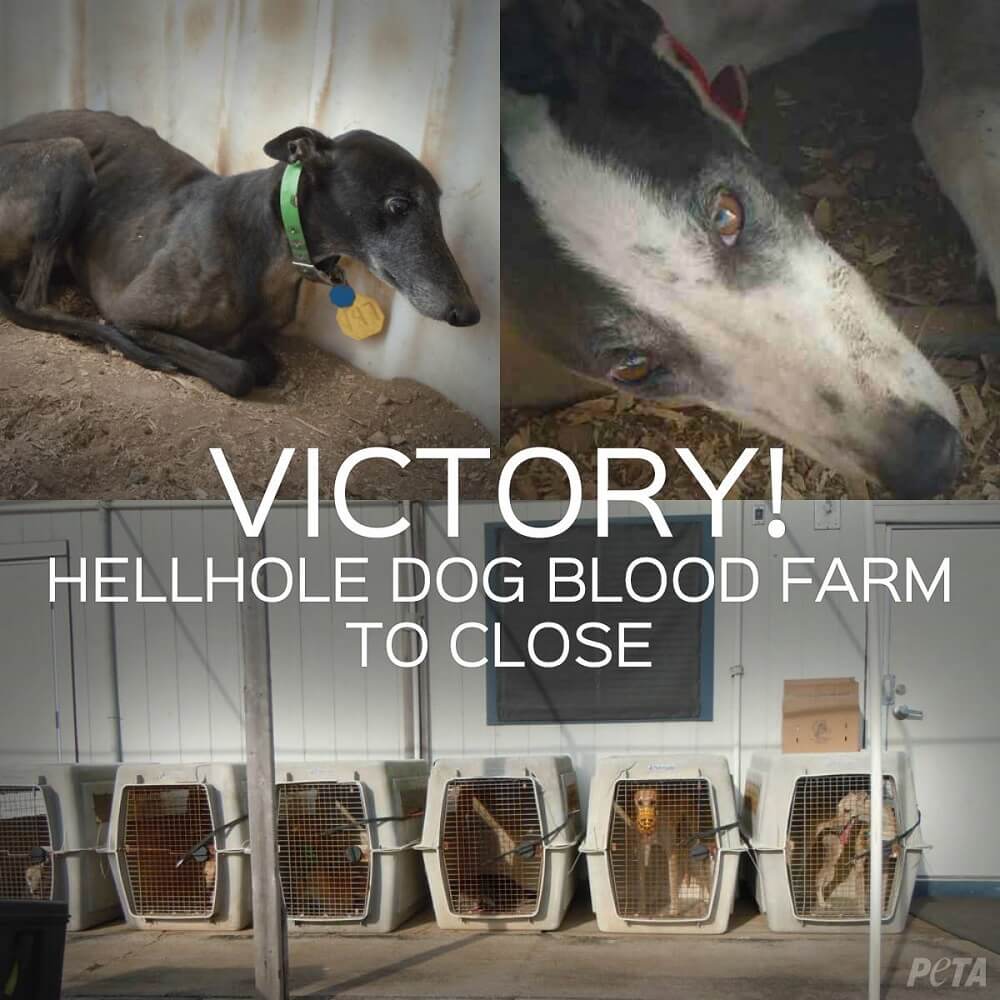 These dogs—many used in the racing industry before being abused as living blood bags—were denied basic veterinary care and allowed to leave their dirty pens only once or twice a month when their blood was taken. The blood bank sold their blood to veterinarians across the country.

We made sure that the world knew what these imprisoned, miserable dogs suffered through every day.

Our video—which showed that these dogs were kept solely for blood collection and endured confinement and deprivation—was viewed more than 600,000 times on Facebook alone. The story broke in The Washington Post and spread everywhere. People were horrified to know that such a terrible place existed.

One day after PETA exposed The Pet Blood Bank, Patterson Veterinary Supply, Inc.—the blood bank’s main distributor—announced that it had terminated its dealings with the blood bank and pledged to help the dogs.

But kennel owner Shane Altizer refused to retire the long-neglected dogs to reputable greyhound rescue groups. So with a mobile billboard, we let everyone in his town know how the dogs languished in his “care.”

Over 145,000 people e-mailed Altizer to urge him to give the greyhounds to competent anti-racing rescue agencies, who would give them the care that they deserve.

When Patterson reneged on its written pledge to help the dogs still imprisoned on the blood farm, we made sure that it got a billboard of its own.

Get the dogs out, NOW! A heartbreaking mobile ad with a powerful message is going around #StPaul to tell @Patterson_Vet to help retire dogs. pic.twitter.com/5VY9XnSVpr

We weren’t about to let Patterson—which made money off the misery of these dogs—off the hook. Our supporters protested outside its headquarters in St. Paul, Minnesota. 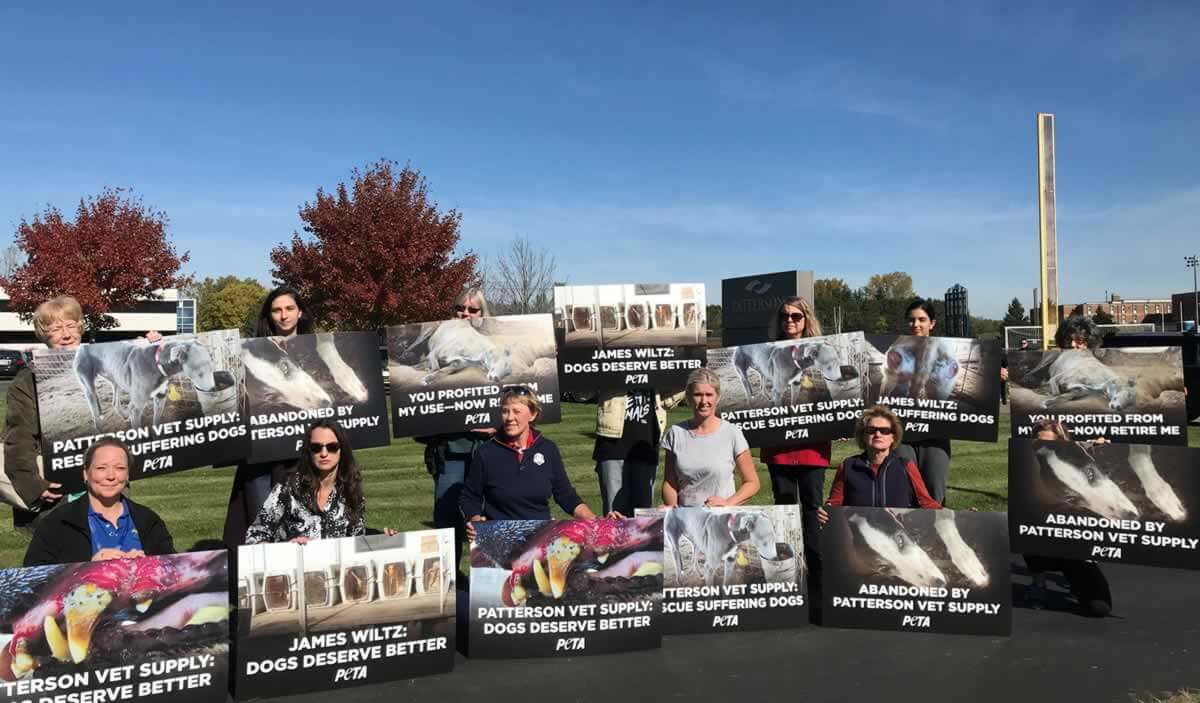 We even paid a visit to the home of the company’s president, James Wiltz. 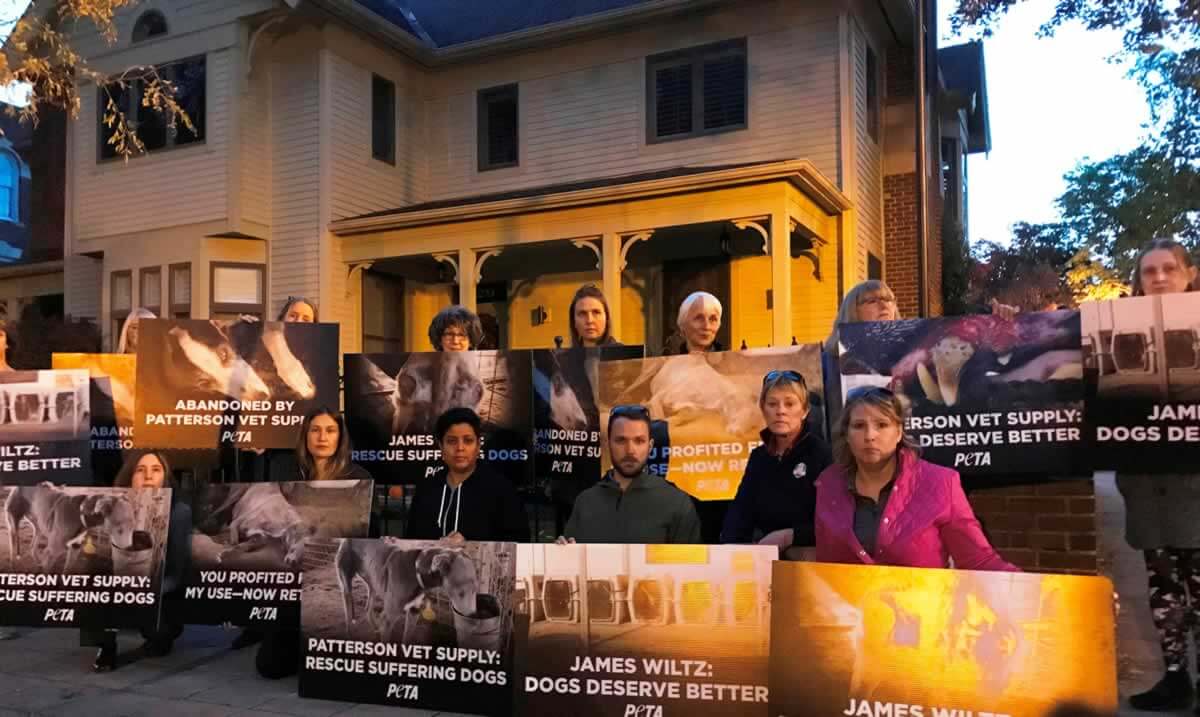 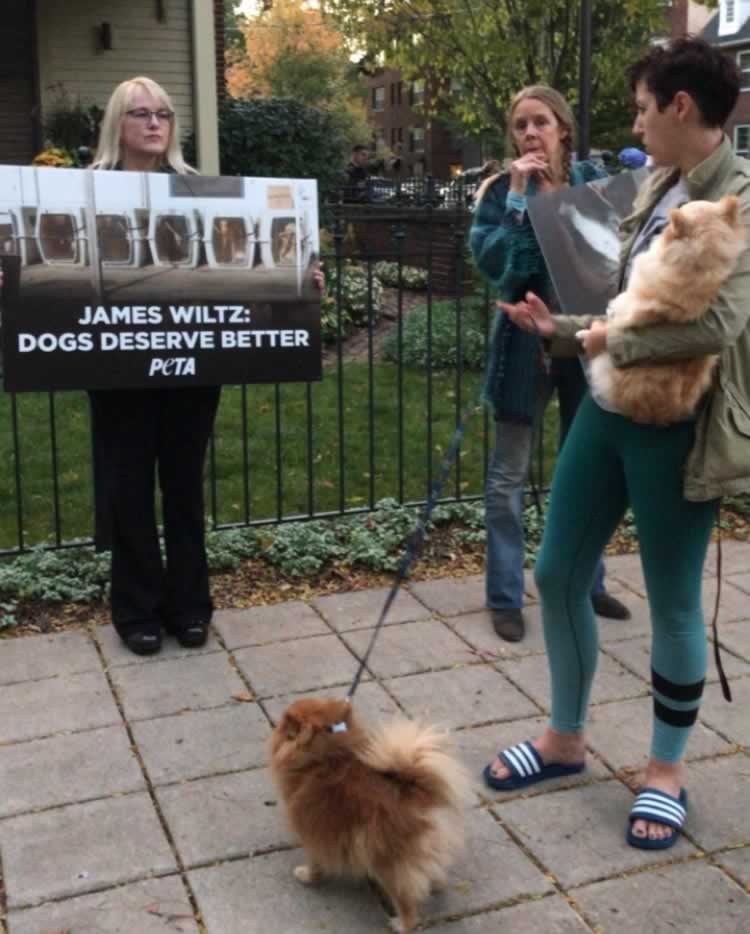 More than 145,000 of you e-mailed the Fortune 500 company urging it to help these suffering dogs.

Many others called their veterinarians asking them where they bought their blood and requesting that they take action if the supplier was Patterson.

PETA also purchased one share of Patterson stock in order to put pressure on the billion-dollar enterprise. We made sure that Wiltz would hear us outside his building and inside his halls.

Throughout our campaign, we kept the buzz going on social media by sharing facts and images from this appalling blood farm and telling our supporters how they could help.

They're treated like commodities. Dogs at blood farm were let out of kennels around 2x a month, only to have 20% of their blood taken. pic.twitter.com/ajmSUfUkAx

Vets should NOT be getting blood from this hellhole. Join PETA in helping to free dogs from this blood farm. https://t.co/dn796qlMN0 pic.twitter.com/InXgjmPZEu

A danger to other dogs! Filthy conditions & lack of vet care at blood farm could mean contaminated blood that is unsafe for other dogs. pic.twitter.com/z0IIe9NdEr

PETA supporter and friend Paul McCartney assisted us in the push to get these greyhounds released, which brought our campaign to a whole new audience.

Thanks @PaulMcCartney for speaking out! Retweet if you want Patterson Companies to help greyhounds farmed for blood.https://t.co/D4Z0zy0JwT pic.twitter.com/lP6f0gSVIT

All our efforts paid off. The blood farm is shutting its doors, and the greyhounds are going to adoption programs. PETA is celebrating the release of these dear dogs, who were abused at racetracks and wound up in a filthy blood bank.

BREAKING: The discarded greyhounds from PETA’s eyewitness dog blood farm exposé are being released to adoption…

Posted by PETA (People for the Ethical Treatment of Animals) on Thursday, October 26, 2017

We’ll now work hard to get regulations passed to ensure that all blood for transfusions comes from actual donors and not from abused, imprisoned dogs.

Supporters like you are the force behind these victories.

Anything is possible when we all stand together for animals. Learn how you can make a difference for animals by joining our team!