Yippee—it’s the Aquaculture America Convention: a bunch of aquaculturists (fiendish fish farmers) trawling around a trade show that feeds off “aquacruelty” (my made-up term for fish abuse). Not my idea of a fun time. But wait, what’s going on outside Seattle’s convention center? It’s a pile of PETA members playing dead on the sidewalk: 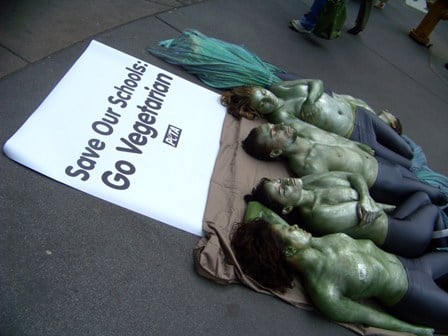 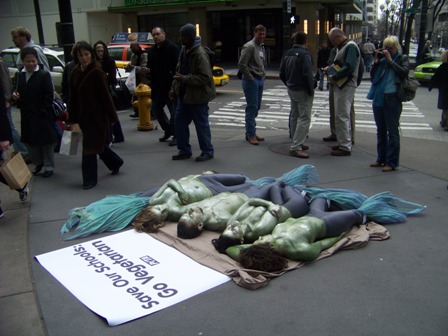 Why is this flashy foursome dressed like Poseidon’s peeps? To definned our fish friends against aquacruelty, of course. Fish, who are just as smart, interesting, and capable of feeling pain as any other animal, are raised on “farms” where they are crammed by the thousands into ponds, tanks, or mesh cages so small and filthy that they’re forced to swim in their own muck. Seriously, how gross are fish sticks? No fish or faux fish is where it’s at!

Here’s a parting pic of this splashy protest: 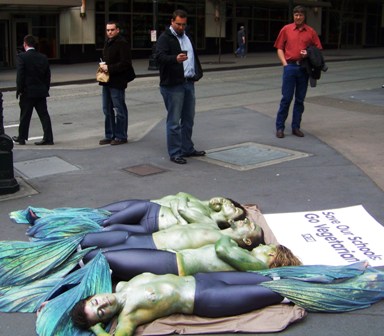