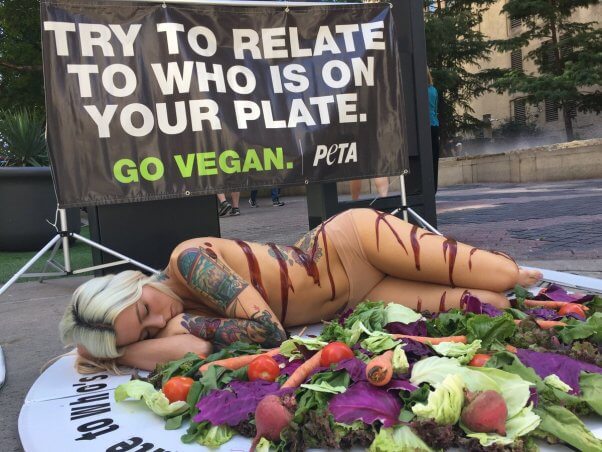 Most people are so used to seeing meat on plates that they rarely think about those entrées as animals. So what happens when the tables are turned and it’s humans who are slathered in barbecue sauce? 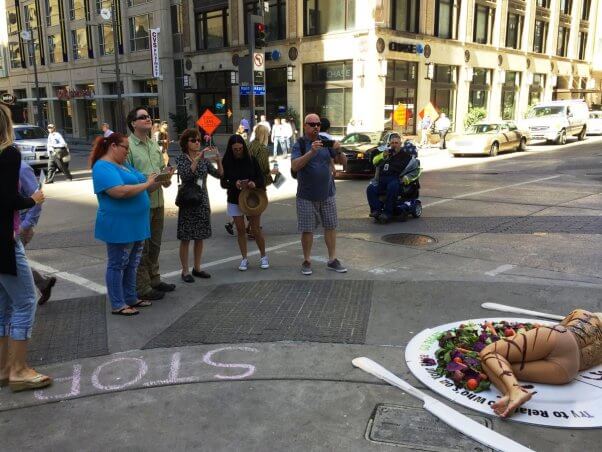 PETA took its “Try to Relate to Who’s on Your Plate” campaign to Dallas, Texas, and Shreveport, Louisiana, for World Vegetarian Day (October 1) to remind people that animals raised and killed for food are capable of feeling joy, love, pain, and fear—just as humans are. They value their own lives just as much as humans do and don’t want to suffer or be killed. And every vegan saves the lives of more than 100 animals every year. 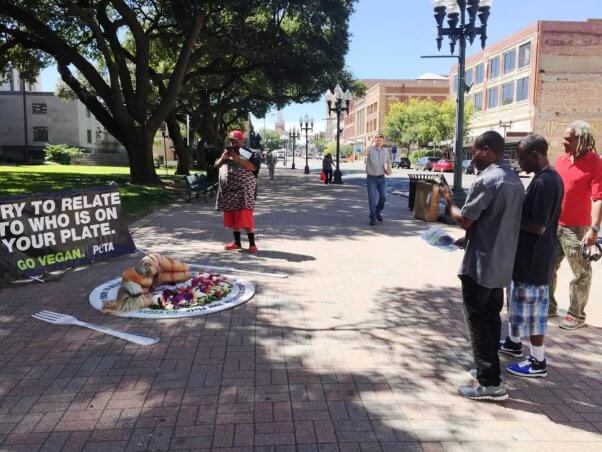 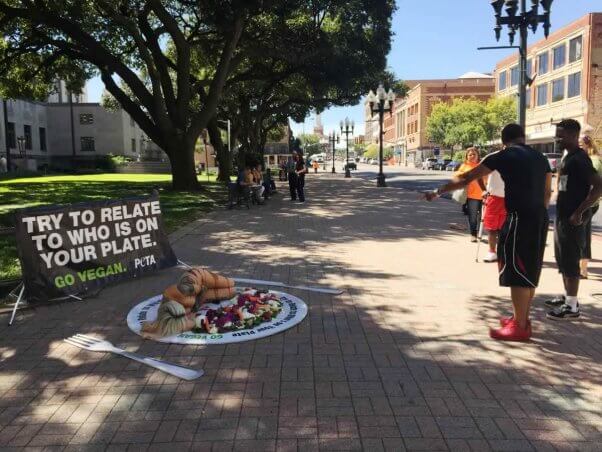 Our message seemed to hit its mark.

Help people near you have their own “aha” moment. Order free vegan starter kits to leave at your doctor’s office, on a community bulletin board, at a neighborhood clubhouse, or anywhere you would like to advocate for animals.