On September 25, people in Bogotá, Colombia, were shocked at the sight of “bloody” activists lying “dead” on Avenida Carrera 9a. PETA Latino and local animal rights group Veganismo Activismo staged an animal agriculture “crime scene”—a powerful visual revealing the disturbing truth about what happens to animals on today’s farms and in slaughterhouses. 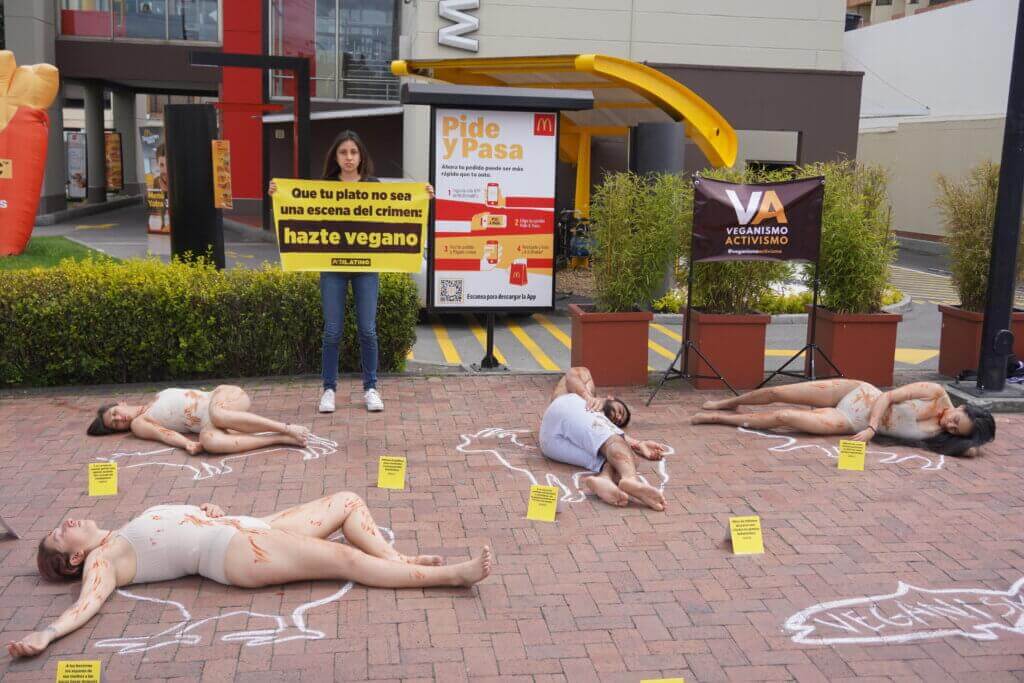 In crime-scene style, the activists were enclosed in chalk outlines of pigs, fish, cows, and other animals along with “evidence markers” stating facts about how each animal suffered and died. 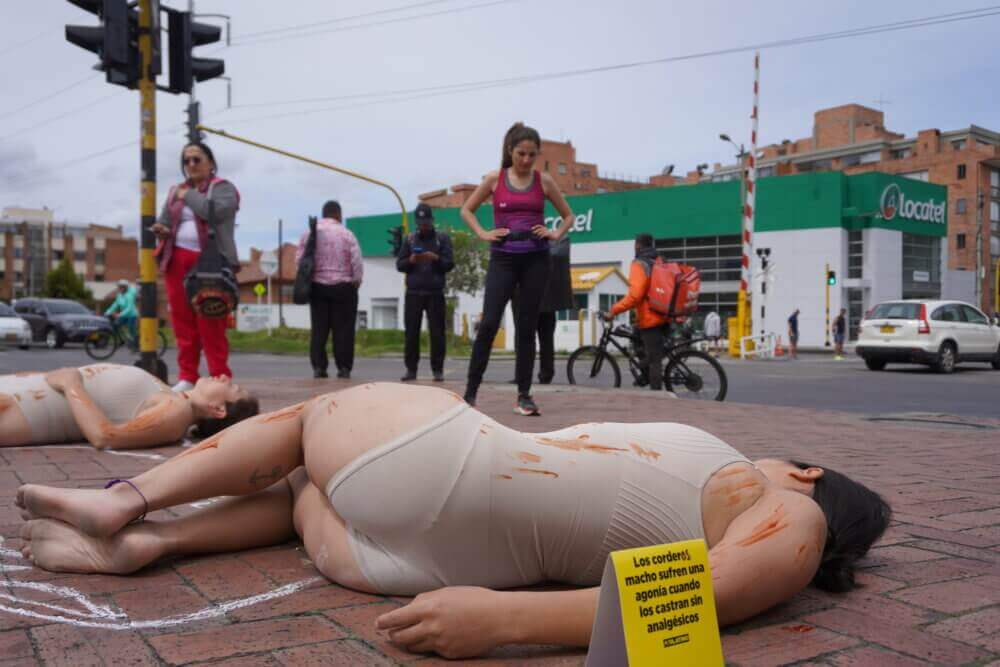 The demonstration took place during a ciclovía, when streets are closed temporarily for cars and open only for pedestrians and bicyclists. Dozens of passersby took photos and videos and stopped to talk with the activists, who were using megaphones to read sound bites about the cruelty of animal agriculture. 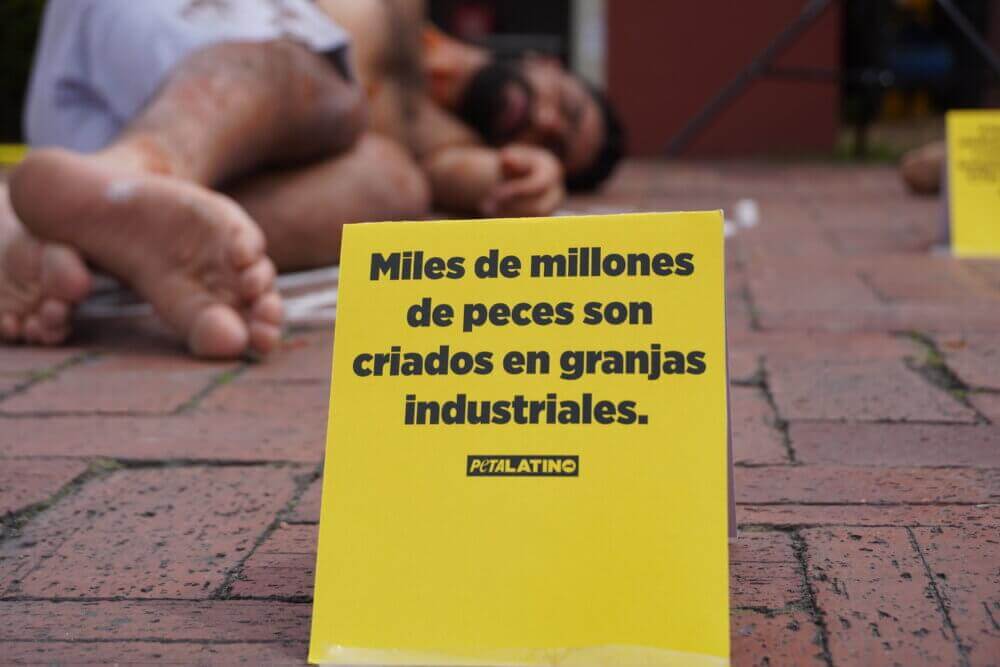 Today’s farms and slaughterhouses resemble the worst crime scenes imaginable, as piglets’ tails are cut off without painkillers, calves are torn away from their mothers within hours of birth, and chickens’ and turkeys’ throats are slit—often while they’re still conscious. The victims may not be human, but the torture is the same. 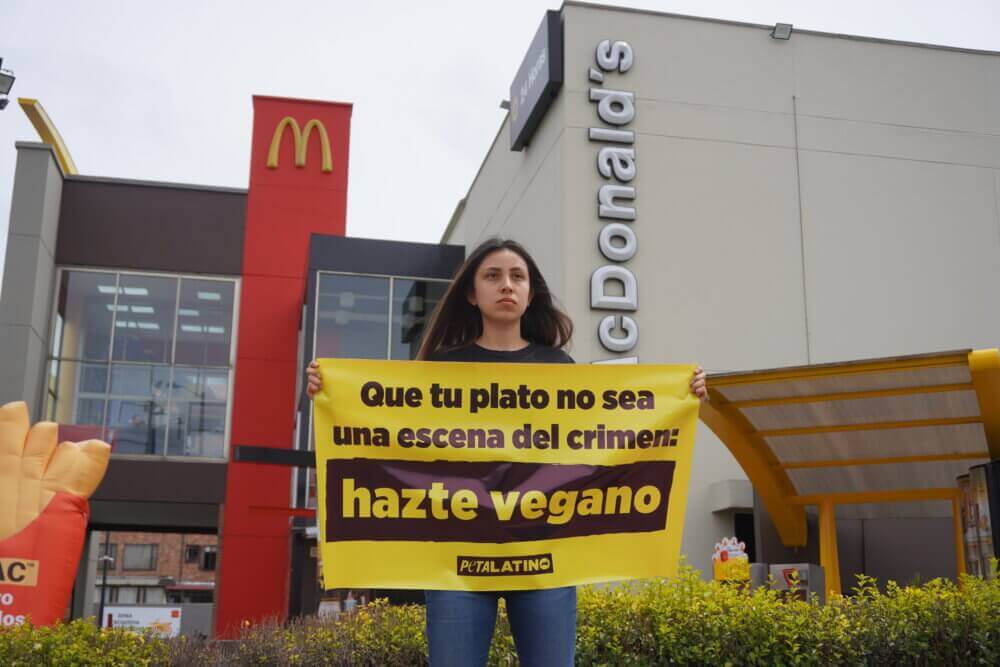 Each one of the billions of animals mutilated and killed for food every year is a sensitive individual who feels pain and fear, just as humans do, and doesn’t want to die. You can reduce the body count by going vegan. Order a free vegan starter kit to make the change today: