The Environmental Working Group’s (EWG) extensive analysis of new and expanding farms in North Carolina makes one thing clear: The Tar Heel State’s meat industry doesn’t give a damn about people of color. 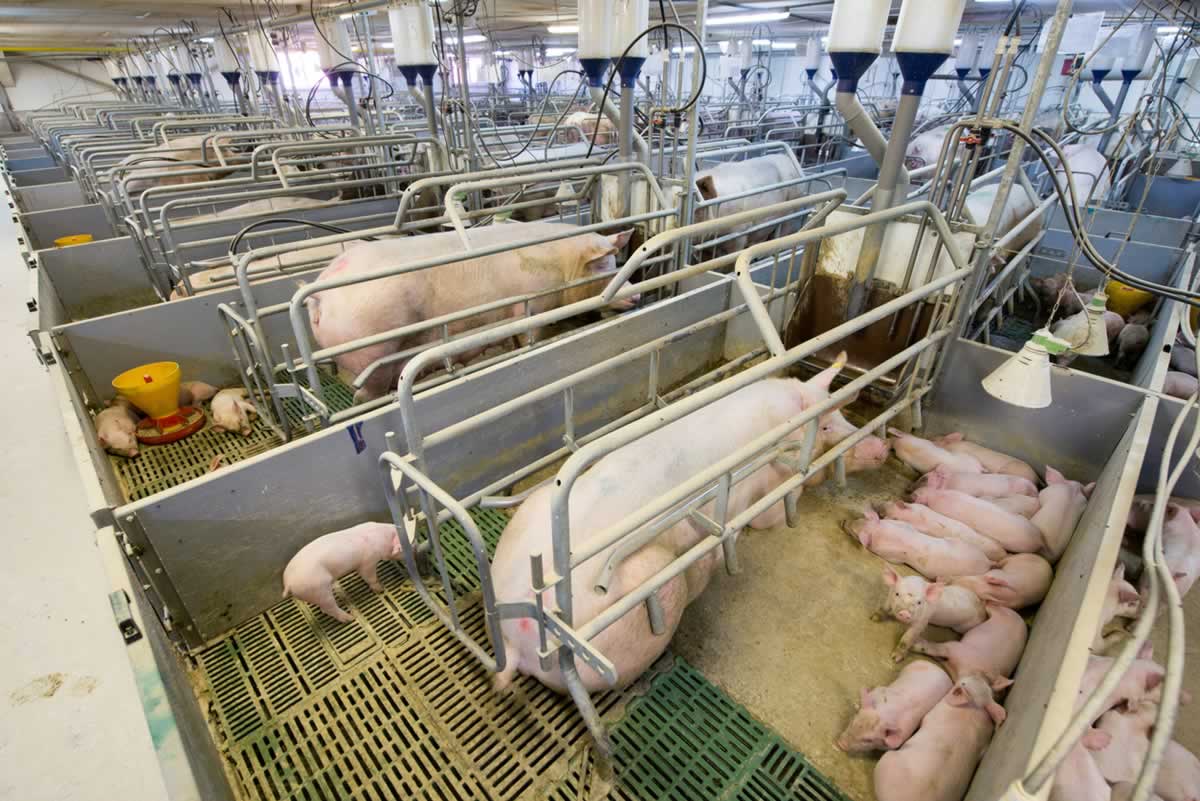 Disproportionately, Black, brown, and Indigenous people in North Carolina have long suffered as a result of the enormous quantities of animal waste and its stench in their communities. The overwhelming amount of feces and liquid waste threatens their water and affects their health.

Here are 10 revelations from the EWG showing that the North Carolina pig and poultry industry perpetuates environmental racism:

1. The EWG revealed that in less than a decade, corporations added 30 million chickens and turkeys to Duplin, Sampson, and Robeson counties—where people of color make up over 57% of the residents.

2. These predominantly Black, Native American, and Latino counties already house 4.5 million pigs, which is over half the state’s total.

3. From 2012 to 2019, North Carolina increased the amount of chickens and turkeys by 17%, excluding Duplin, Sampson, and Robeson counties. For those three counties, that number swells to 36%.

5. According to the EWG, “The growing population of chickens and turkeys in the three counties could produce one million tons of waste each year—almost one-fifth of all estimated poultry waste statewide” [emphasis added].

To protect the health of all North Carolinians, especially those who already bear disproportionate burdens, the state must address the rampant proliferation of poultry CAFOs.

Explore “Exposing Fields of Filth,” the latest report we released with @ewg: https://t.co/1voS90lI8I

6. An Environmental Protection Agency review of North Carolina’s meat-industry operations found a “linear relationship between race/ethnicity [of residents within 3 miles of industrial hog operations] and … density of hogs.”

7. It took a civil rights lawsuit to regulate the amount of animal waste that pig farms can spray over communities of color. Despite new air- and water-monitoring practices for pig farms, the state has allowed an exponential increase in poultry farms into these same counties with little or no regulatory oversight.

8. Environmental regulators often don’t know where, when, or how much animal waste is sprayed over crop fields by poultry farms. It’s apparent that the meat industry feels that it can treat communities of color like its own dumping grounds.

9. According to a Duke University study, North Carolinians who live near industrial pig farms have a higher rate of mortality from several health conditions than other residents in the state. These include anemia, kidney disease, bacterial infection, and tuberculosis.

10. In general, communities affected by filthy pig farms suffer from higher rates of death, including infant mortality. Children who go to school near these operations reportedly have higher cases of wheezing and asthma.

Anyone surprised by the environmental racism that’s perpetrated by the meat industry hasn’t been paying attention. The meat industry doesn’t care about animals, the Earth, or your health. It only cares about profit—so much so that it will kill for it.

Everyone can take a stand against the meat industry by living vegan. Order a free vegan starter kit from PETA. You can make a real difference and save nearly 200 animals a year—simply by not eating them!