It’s probably not too often that a first-date conversation turns to a discussion on various types of mousetraps, but that’s exactly what happened to me.

When I met my boyfriend, he was in hot pursuit of a mouse who was taste-testing her way through his cabinets. He said he was trying to catch her in a snap trap and wasn’t having any luck. He even surmised that the mouse was so crafty that she was not only avoiding the trap but also periodically dancing a little jig around it while pointing and laughing hysterically. (I maintain that the mouse was too smart for that antiquated trap.) So there we were on our first date talking about how the snap trap could injure his dog, may not kill the mouse (at least not instantly), and could make a big mess, and somewhere between the salad and the risotto, he agreed to give my Humane Smart Mousetrap a try.

Soon after, we met for date number two so that we could institute Operation Mouse Catch. A few days, a few dates, and a few dabs of peanut butter later, the mousier Jesse James was in custody: 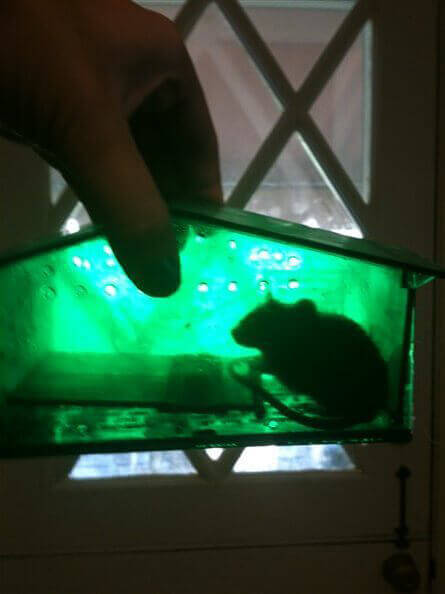 We took her mug shot and promptly let her go in the yard. And contrary to his misgivings, her cabinet renegade days seem to be over. Since then, our dates have become a little more normal, and as for the mousetrap that started it all, my boyfriend’s parents have decided to try it out for themselves to nab their own miniature house guest. And I did a little reading on mice. Turns out, they’re a lot like us: They love to learn new things, they’re very social, and they are loving companion animals. 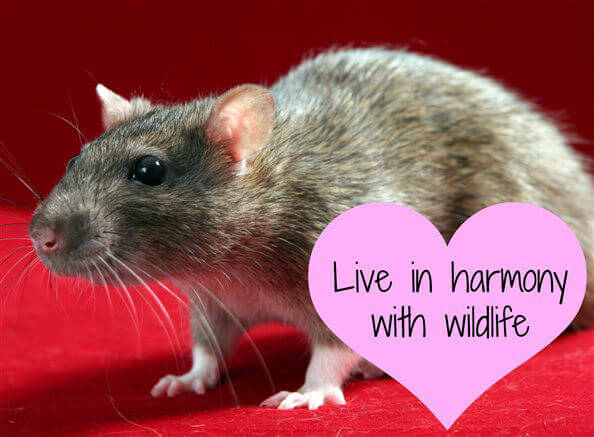 October is Rodent Prevention Month. As we’ve learned, the best way to keep from having unwanted visitors is to store food in chew-proof plastic containers, keep trash in lidded cans, and seal off any possible entry points. Just focusing on killing a mouse or rat who comes indoors won’t work because if the area is still appealing and accessible, another animal will simply take the first one’s place.

And many rodent traps are not only ineffective but also cruel. Animals snared in glue traps, for instance, may languish for days before finally dying of starvation or dehydration. During that time, the animals’ skin, fur, or feathers may be ripped off as he or she struggles to escape. And like most “kill traps” and rodent poisons, glue traps don’t discriminate: Dogs, cats, other nontarget animals—and even small children—can be harmed by them.

This Rodent Prevention Month, show mice and rats some love with a Humane Smart Mousetrap. You never know where it might lead.