Actor Ali MacGraw’s latest love story isn’t being played out on the big screen but rather in the halls of Congress. The longtime PETA member is working to protect U.S. horses from being transported across the border only to be slaughtered for dog food or human consumption. Ali wrote to her friend Sen. Tom Udall from New Mexico on PETA’s behalf imploring him to support the American Horse Slaughter Prevention Act of 2011, which she told him “would effectively end the use of U.S. horses for food.” 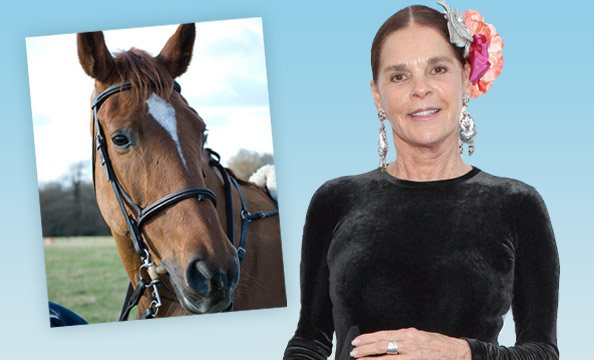 Last year, Congress restored funding for U.S. inspectors to oversee horse slaughter, making it legal once again for horses to be shot in the head, be strung up by one leg, and have their throats cut in the U.S. However, nothing has ever made it illegal to transport horses on a harrowing journey to Mexico or Canada—crammed inside low-ceilinged trucks designed for cattle—through all types of weather with no food or even a sip of water and then be slaughtered.

The new bill is terrific and vital because it would end both the slaughter of horses in the U.S. and the export of horses to Mexico and Canada for slaughter.

Please, Tom,” Ali wrote, “will you sign on to this bill right away, vigorously support it, and persuade others in positions of power to do the same? Time is of the essence. This extremely important bill cannot be allowed to fall through the cracks.

Join Ali in helping end all slaughter of U.S. horses by asking your senators and representatives to support the American Horse Slaughter Prevention Act of 2011. Because thousands of horses leave the country for the slaughterhouse each year, time is of the essence.