After hearing from PETA and concerned area residents, Glendale, California, Mayor Laura Friedman has proposed changing the city’s float entry for the 2012 Tournament of Roses Parade from a “circus elephant”—which represents pain and suffering—to one of an elephant in a natural setting.

Check out the draft design idea that PETA submitted to the mayor and city council for an “Elephant Freedom” float: 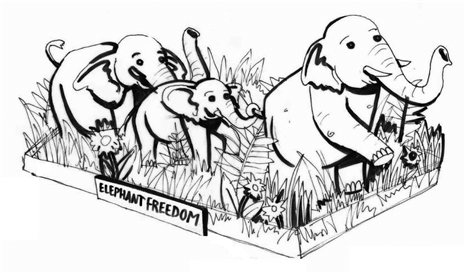