Holidays are supposed to be joyous times, but for animals, they are often the worst of times no matter what religion is celebrating the holiday. For example, during the Muslim holy days of Eid al-Adha, millions of animals, including camels, lambs, goats, and cows, have their throats cut in memory of Abraham’s sacrifice of a sheep. 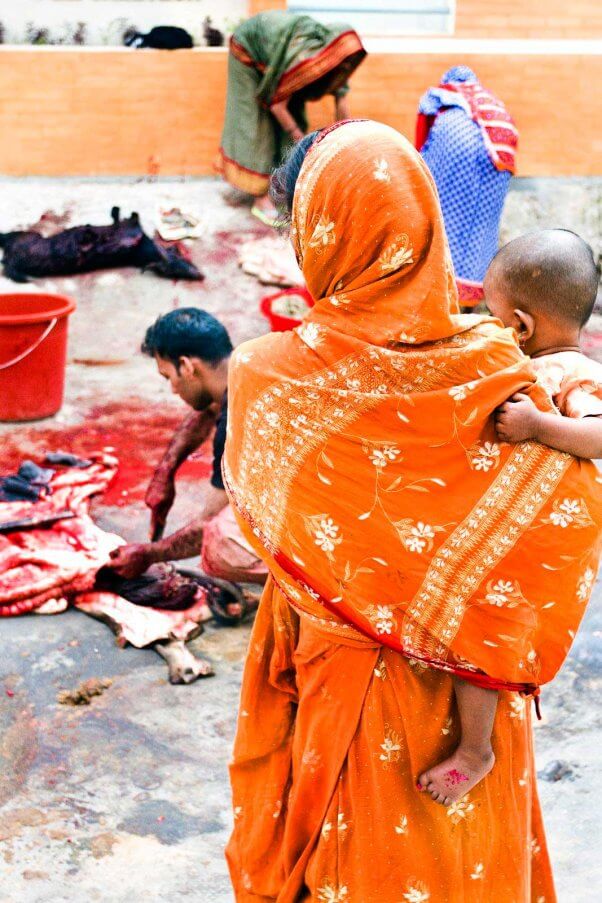 Cruelty to animals is discouraged in Islam – and the ways in which cows, sheep, goats and other animals are raised, handled, transported and slaughtered for food are inherently cruel. According to the Holy Prophet Muhammad, those who are kind to every living being will receive an estimable reward. Camels typically have one of their front legs tied up and their rear legs roped together so they can hardly stand, and their mouths are often tied shut. Surrounded by a throng of onlookers, the terrified camels are held down with ropes while someone plunges a knife into their throat. Braying and thrashing in pain, the camels slowly bleed to death. Thankfully, some Muslims are questioning this practice.

This Eid al-Adha, extend your compassion with tasty vegan dishes like this Mock Lamb Shammi Kebab: No matter what religion you subscribe to, you can honor your faith without harming animals. If you’re not celebrating the holiday, consider making the switch to a compassionate, vegan lifestyle a part of your everyday life.