The Los Angeles Police Department, Los Angeles City Council Member Paul Koretz, PETA, other animal organizations Davey’s Voice and Social Compassion in Legislation, and Black Sabbath member and animal advocate Geezer Butler have combined resources and are offering a reward of up to $22,500 for information leading to the arrest and conviction of the man who punched a small dog and repeatedly slammed him into the pavement, killing him. 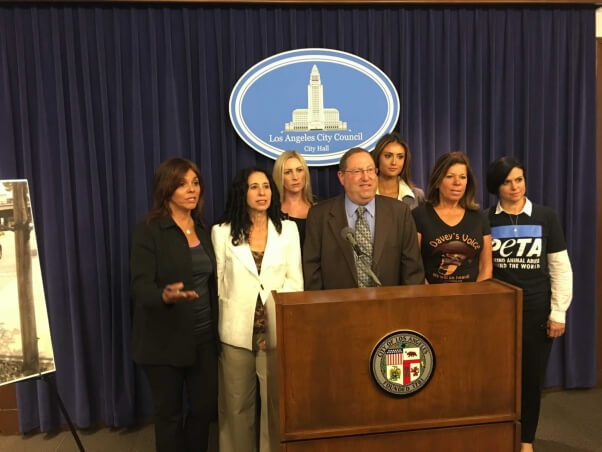 On May 14 at 1:30 p.m., an eyewitness saw a Yorkshire terrier jump out of a gray Dodge Caravan in the 1600 block of E. First Street in Boyle Heights. The driver of the van got out, chased the dog, punched him, and slammed him onto the pavement. The witness took a picture of the driver’s vehicle as he got back into the van and sped off. The small dog was already dead when police arrived at the scene. This is the photograph that the witness took: 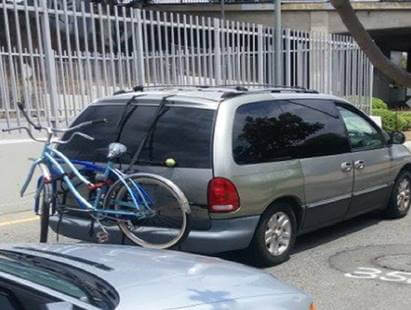 The driver is a balding, gray-haired white man, thought to be between 50 and 60 years old, weighing about 280 pounds, and around 6 foot 2 inches tall. The vehicle that he was driving is believed to be a silver or gray Dodge Caravan with a 1996 to 2000 registration plate and an off-color rear bumper. At the time of the incident, the van was carrying two bicycles on a rear bike rack.

In a joint news conference in Los Angeles today, the coalition of city officials and animal-rescue groups urged anyone who may be able to identify the driver or the vehicle to contact Detective Alfredo Reyes with the Los Angeles Police Department’s Animal Cruelty Task Force at 213-486-0450.

If you witness animal abuse, immediately notify your local authorities and contact PETA.