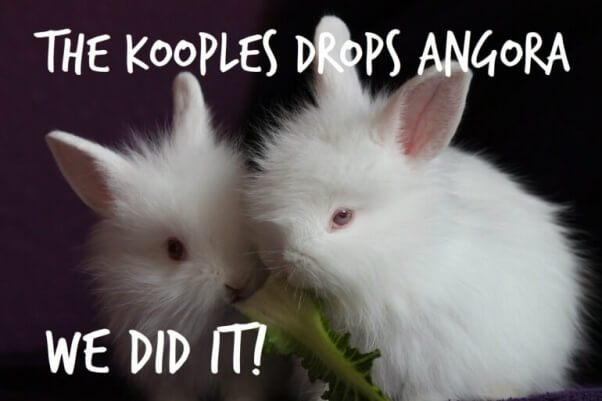 Thousands of e-mails. Protests outside its stores all over the world. A constant stream of messages on its social media pages. And today, hundreds of phone calls to stores across the country from people demanding a straight answer about angora.

That’s what it took to persuade The Kooples to stop profiting from the fur of rabbits who have the hair ripped from their backs or are tied up and roughly shorn on angora farms.

Our mass phone-in today saw The Kooples inundated with calls from compassionate people asking staff why the store hadn’t committed to a no-angora policy, as over 110 other global brands have done. At the end of a long day of campaigning, we received an e-mail from the company’s CEO Nicolas Dreyfus confirming, at long last, that The Kooples will not be using angora in its future collections.

Thank you to everyone who’s raised their voice in this campaign. You’ve all made a difference for animals today, and it’s exciting to see people power pay off!

Of course, we’re still concerned by the fact that The Kooples is selling items trimmed with real fur made from the skins of raccoon dogs and other animals. But today’s news certainly represents progress and moves us one step closer to saving all rabbits from the agony of the angora trade. Watch this space for updates about what’s happening next in the campaign.