Update: The comment period is now closed. Thank you to all who took action! We’ll keep you updated.

EMERGENCY: There’s an unprecedented opportunity to save the lives of thousands of monkeys and alter the course of primate experimentation in this country for years into the future. 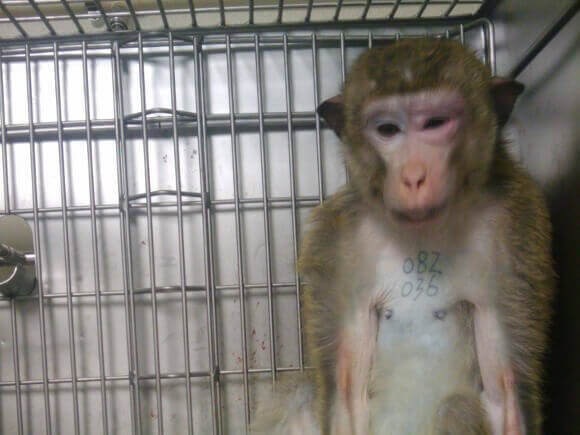 But PETA has learned that the committee charged with deciding the future of experiments on monkeys has been packed with people whose lives and livelihoods are tied to the enterprise. Some of them have received federal funding for gruesome experiments for as long as 30 years.

Because of its composition, this committee represents a foregone conclusion in search of a justification rather than the honest inquiry into the supposed “need” for monkey experimentation it’s supposed to be.

Here are the details: Congress ordered the National Institutes of Health (NIH) to examine the agency’s own use of monkeys in experiments—like those of NIH experimenter Elisabeth Murray, whose horrendous brain-damage experiments were first exposed by PETA. So NIH commissioned the National Academies of Sciences, Engineering, and Medicine (NASEM), an independent body that advises the government on scientific issues, to conduct a study to examine the current role of and future needs for primates in all NIH-funded experimentation.

NASEM has convened a provisional committee of 15 members for the study. But 10 of them have published journal articles reporting experiments on monkeys. Nine have built careers on monkey experimentation. Eight of those nine have received funding from NIH, and some have been continually funded by the agency for more than 30 years.

Importantly, none of the appointees have any expertise in the natural behavior of primates, their ecology, or the impact on conservation of removing them from their natural habitats.

NASEM’s own policies trumpet the importance of expertise, perspective, objectivity, diversity, and balance as key pillars to ensure “work that is of high quality and integrity.” Its policies also state that financial conflicts of interest should be avoided. But again, eight of the 15 panel members have received NIH money to experiment on monkeys.

So 60% of the provisional appointees have forged entire careers from cruel, painful, and deadly experiments on monkeys, with absolutely no opposing voices or expertise. That’s called stacking the deck. It’s not fair. It violates NASEM’s own policies, and it cannot stand.