A U.S. Department of Agriculture (USDA) notice just obtained by PETA reveals a lot about Tacoma, Washington, petting zoo Debbie Dolittle’s Animal Experience—most notably, that it’s an experience that no animal would willingly partake in. Following the deaths of two animals and injuries to over six dozen humans, the USDA cited and fined the sleazy facility, including issuing it a $7,500 penalty. 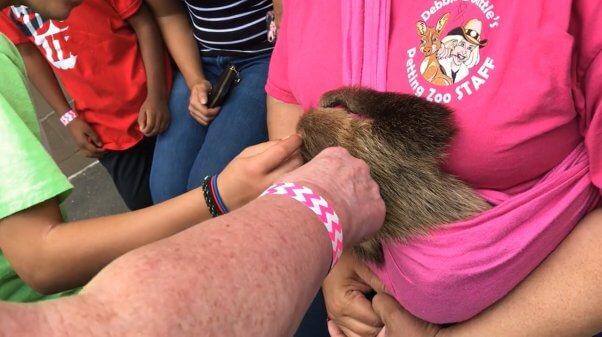 Sloths feel at home in rainforest canopies and in the water—not at roadside zoos. This baby sloth should’ve been free to cling to her mother—something that sloths in nature do for up to nine months—but is instead being groped by multiple humans while on display in the arms of a Debbie Dolittle’s Animal Experience staffer.

According to the newly released report, Debbie Dolittle’s acquired a tamandua (a type of anteater) and never quarantined him, acclimated him to his new environment, or had him examined by a veterinarian. He suffered from weight loss and was found dead just three weeks after arriving. A sloth named Malia (pictured above) died after falling from a climbing structure, and a necropsy revealed that at the time of death, she was suffering from severe emaciation, indications of chronic stress, and bruising, which were found to be “consistent with mishandling, neglect and ignorance of animal care.” And at least 79 members of the public were injured during interactions with animals, including a guest who was bitten and left bloody by an otter.

“This petting zoo is evidently almost as dangerous for visitors as it is for the animals trapped there,” says PETA Foundation Associate Director of Captive Animal Law Enforcement Michelle Sinnott. 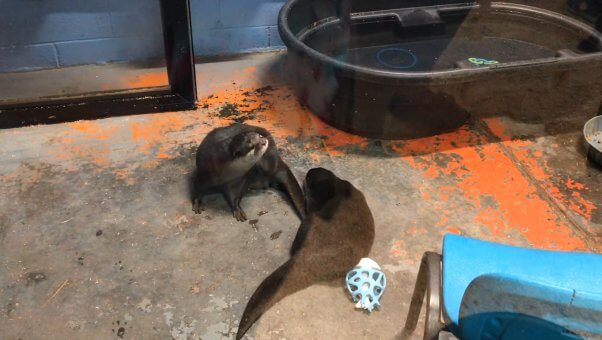 Petting zoos like Debbie Dolittle’s Animal Experience severely restrict otters’ freedom of movement, routinely break up their families and other tightly knit social groups, and do little to inform visitors about these complex and intelligent animals’ needs and natural behavior.

The USDA report also notes that Debbie Dolittle’s failed to secure a metal ramp adequately in an enclosure housing fennec foxes, one of whom consequently was injured so severely that her leg had to be amputated.

Debbie Dolittle’s Failed Malia, but It’s Not Too Late to Help Others

“PETA urges everyone to avoid this sleazy operation as though their safety depends on it, because it does,” said Sinnott. And doing so is easy: If a facility offers interactions between animals and the public, give it a pass. Don’t be swayed even if one of these places tacks on the word “sanctuary” or “rescue” to its name—it’s a deceptive ploy that many roadside zoos use to dupe unwitting visitors. View our interactive Google Earth presentation with Chrome to see if any of the grimmest spots for animals are located near you …

Map It: Where NOT to Stop During Your Next Road Trip

… and click below to make even more of a difference for animals suffering at cruel tourist traps: