Top 10 Reasons Not to Eat Turkeys

Pardon me, pilgrim! This Thanksgiving, how about ditching the dead bird? In today’s farming system, beautiful, inquisitive, intelligent turkeys endure lives of suffering and painful deaths. Here are 10 good reasons to carve out a new tradition by flocking to vegan entrées, along with some scrumptious holiday cooking tips and recipes—and thankfully, none of them require stuffing anyone. But first, a video of your turkey dinner in reverse: 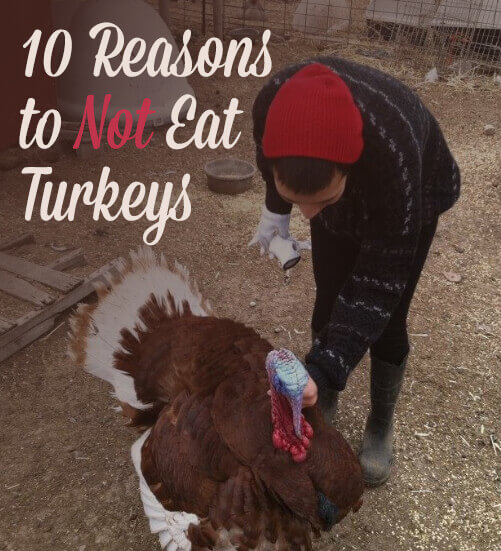 Turkeys are “smart animals with personality and character, and keen awareness of their surroundings,” says Oregon State University poultry scientist Tom Savage. The Atlantic article “Consider the Turkey” reports that researchers “have found that when an individual turkey is removed from his flock, even in domesticity, he’ll squawk in obvious protest until reunited with his posse.” They relish having their feathers stroked. They dance when reunited with a person they recognize. Anyone who spends time with them at farm sanctuaries quickly learns that turkeys are as varied in personality as dogs and cats. 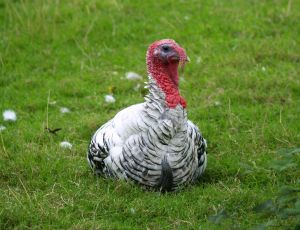 2. Let Them Give Thanks, Too

The natural life expectancy of turkeys is up to 10 years, but on factory farms, they are slaughtered when they’re just 5 months old. In nature, young turkeys stay with their mothers for the first few months of their lives. Since Thanksgiving is a time to take stock of our lives and give thanks for all that we have, let turkeys give thanks, too, by keeping them off your plate.

The first human death from bird flu in North America was recently reported, and that’s not a surprise, given that people are traveling more frequently worldwide. Also recently, The New York Times reported that “[c]ases of the new H7N9 avian influenza in China are surging alarmingly …. There are now about 300 confirmed cases, with more appearing every day. Roughly a quarter of the victims have died.” When comparing this strain to the H5N1 strain that emerged in 2003 and also spread from birds to people, experts report that the new strain is spreading faster. “H7N9 is blowing right by H5N1,” Michael T. Osterholm, director of the Center for Infectious Disease Research and Policy at the University of Minnesota, told The New York Times.

The U.S. government is the only government in the Western world that does not have the power to force a recall of contaminated animal products. Instead, American meat companies are allowed to decide whether or not to comply when the U.S. Department of Agriculture (USDA) or the Food and Drug Administration requests a recall. The PBS show Frontline reported that “[o]ften, even if the USDA does issue a recall, the contaminated meat and poultry is never recovered, which means that consumers are probably buying it and consuming it.” Learn more about meat contamination. 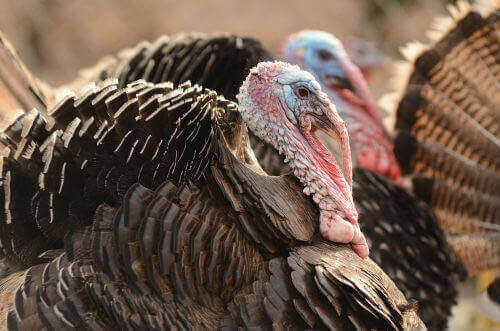 5. Get Rid of Your ‘Extra Baggage’

A study in the Nutrition Reviews journal reports that “a low-fat vegan diet leads to weight loss of about 1 pound per week, even without additional exercise or limits on portion sizes, calories, or carbohydrates.” “There is evidence that a vegan diet causes an increased calorie burn after meals, meaning plant-based foods are being used more efficiently as fuel for the body, as opposed to being stored as fat,” says Dr. Neal Barnard, one of the study’s authors. Take the cruelty off your plate and look great? Sounds like a win-win situation.

6. Want Stuffing With Your Supergerms?

Dosing turkeys with antibiotics to stimulate their growth—and to keep them alive in filthy, disease-ridden conditions that would otherwise kill them—poses risks to people who eat them. The USDA confirmed that 80 percent of all antibacterial drugs used in the U.S. are given to animals, and often the animals aren’t even sick. Ralph Loglisci, project director at the Johns Hopkins Center for a Livable Future, explains that “all low-dose usage of antibiotics can lead to a significant increase in antibiotic resistance.”

An article published by the Natural Resources Defense Council further details the dangers of antibiotic-resistant bacteria, explaining, “Drug-resistant bacteria can and do travel on meat but that’s just one of many routes off the farm. These dangerous bacteria can hitch a ride out of animal feedlots on workers who handle contaminated animals or meat. They can travel through water, soil, and air that come into contact with contaminated animal waste.” Furthermore, they can “teach” other bacteria to be resistant. Still hungry? Neither are we. 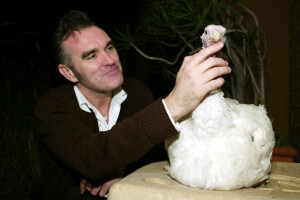 7. No Life for a Living Animal

On factory farms, turkeys are kept for months in sheds where they’re packed so tightly that flapping a wing or stretching a leg is nearly impossible. They stand in waste, and urine and ammonia fumes burn their eyes and lungs. At the slaughterhouse, turkeys often have their throats slit while hanging upside down and still conscious. Those who miss the automated knife are scalded to death in the defeathering tank. Watch this horrifying cartoon that depicts a turkey’s last moments in the slaughterhouse:

Anyone who has driven by a farm has probably smelled it first from a mile away. Turkeys and other animals raised for food in the U.S. produce far more excrement than the entire U.S. human population, roughly 89,000 pounds per second, all without the benefit of waste-treatment systems. There are no meaningful federal guidelines to regulate how farms treat, store, and dispose of the trillions of pounds of concentrated animal excrement they produce each year. Learn more about how factory farming damages the environment.

Killing animals is inherently dangerous work, and the fast line speeds, the dirty and slippery killing floors, and the lack of employee training make animal-processing plants some of the most dangerous places to work in America today. The industry has refused to slow down the lines or buy appropriate safety gear because these changes could cut into companies’ bottom lines. In its 185-page exposé on worker exploitation by the farmed-animal industry, “Blood, Sweat, and Fear: Workers’ Rights in U.S. Meat and Poultry Plants,” Human Rights Watch explains: “These are not occasional lapses by employers paying insufficient attention to modern human resources management policies. These are systematic human rights violations embedded in meat and poultry industry employment.

10. A Cornucopia of Turkey Alternatives

Give up the giblets and carve out a new tradition this Thanksgiving. We suggest cooking a Tofurky Roast, a savory soy- and wheat-based roast with stuffing and gravy, or one of the plethora of roasts and “meat” loaves that Field Roast has to offer. Give animals and yourself something to be really thankful for this year, and Happy Thanksgiving!