These Movies Will Make You Go Vegan—Stream Them Today

If you’re looking for a list of great movies to watch while you’re under self-quarantine, we have you covered. Thanks to Netflix, Hulu, HBO, Amazon, and other streaming services, many life-changing movies about food and animals are available and easily accessible. You can even host virtual viewing parties with friends and family by watching them at the same time in the comfort of your homes. Hold a group chat afterwards to discuss the connections between animal issues and the current coronavirus pandemic that is keeping you indoors.

Here are the best vegan movies to stream while you’re social distancing:

Seaspiracy, a documentary by directors Ali and Lucy Tabrizi, uncovers the commercial fishing industry’s harmful practices and highlights the pressing need to protect marine animals and our world’s oceans. The film comes from producer Kip Andersen, who was also behind Cowspiracy and What the Health. In the process of making the film, the team came to understand the vast scale of destruction that the global fishing industry is responsible for and the shocking way that governments and environmental groups have profited from it. Seaspiracy is a compelling story that reveals the one thing we can all do to save our oceans and the animals who call them home.

A 2021 Oscar nominee for Best Documentary Feature, My Octopus Teacher is a film about an unlikely friendship between filmmaker Craig Foster and an octopus. Foster spent a year freediving in a kelp forest off the coast of Cape Town, South Africa, where he forged a bond with an octopus and learned about her way of life. His experience is just another example of the way humans can learn so much from observing and respecting other animals—including just how similar we really are.

This documentary features behind-the-scenes footage following PETA’s dedicated fieldworkers, who respond to calls for help around the clock in all weather extremes. These first responders are on the front lines of the national overpopulation crisis, and Breaking the Chain shows their tireless work to help change the world for the dogs, cats, and other animals in our communities. It is available to stream for free on Prime Video and for only 99 cents on all other platforms.

PETA supporter Joaquin Phoenix served as executive producer for The Animal People, which tells the story of six animal activists who were targeted by the FBI for exposing one of the world’s largest animal-testing labs.

The world’s biggest myth about meat is about to be busted by this flick brought to you by James Cameron and Louie Psihoyos, director of The Cove. Former Ultimate Fighting Championship winner and military combat instructor James Wilks embarks on a “quest for the truth” that puts him in touch with top athletes and experts around the world who reveal that the best way to excel in sports and life in general is by eating plant-based foods.

Long Gone Wild explores early orca capture and confinement—from the first capture and display of an orca, Namu, to the creation of the “legend” of Shamu—and covers the evolution and subsequent failures of SeaWorld.

In the Iditarod, dogs are forced to run approximately 1,000 miles—about the distance from Memphis, Tennessee, to New York City—through biting winds, blinding snowstorms, and subzero temperatures. More than 150 dogs have died as a result of the race, not including countless others who were killed simply because they weren’t fast enough or who died during the off-season while chained up. Sled Dogs, a documentary by director Fern Levitt, exposes the ugly behind-the-scenes cruelty in the dogsledding industry.

Jake Gyllenhaal plays a deranged zookeeper in ‘Okja,’ which is being called the world’s first vegetarian action movie.

The filmmakers behind the popular Cowspiracy expose a different side of the food industry that contributes to and profits from a health epidemic.

Leonardo DiCaprio is the executive producer of this documentary, which takes on the meat industry, the most environmentally destructive force on the planet today. And this flick is changing the world. The owner of a Texas restaurant has decided to switch to a completely vegan menu after seeing it!

This documentary explains that at the rate at which the U.S. is currently eating, one out of every three Americans will have diabetes by 2050. It focuses on the obesity epidemic in the U.S. and the negative effects of fast food and sugar.

This groundbreaking documentary tells the story of Tilikum, a captive orca at SeaWorld, and provides an in-depth look at marine-animal parks. The film resulted in a backlash against SeaWorld, which continues today.

The subject of this award-winning documentary is photographer Jo-Anne McArthur, whose photographs challenge our view of animals as food and clothing as well as animal-tested goods and animal entertainment. It may be a wake-up call for the viewer, who might be seeing animals as individuals rather than objects for the first time.

This documentary compares the Western diet with that of other countries, which have lower rates of cancer and heart disease. It challenges authorities who seem to be ignoring the link between meat and dairy consumption and disease in order to protect the status quo in the U.S. and touts the benefits of plant-based foods. Also check out Forks Over Knives—The Extended Interviews.

This inspirational documentary starts with a road trip across the United States to spread the word about juicing and then turns to focus on an overweight truck driver and his subsequent journey to lose weight by drinking plant-based juices.

If you’ve ever wondered what’s in your food or how it’s made, this documentary is for you. Scratch that—this movie is for everyone, because we all eat food! You’ll learn why corn finds its way into even the most unlikely foods, about the cruel practice of fattening chickens with hormones to speed their growth, and how current laws exonerate corporations and companies, such as factory farms, from being held accountable for their methods of production.

Meet the woman who founded PETA. See what makes her tick, see how far she is willing to go to help animals, hear what her detractors say—some who fear any threat to their bottom line and others who are envious of her success—and meet some of the animals who have benefited from her tireless work.

Taking a critical view of the fast-food industry, this award-winning movie examines everything that goes into making a hamburger—including the fecal matter, marketing schemes, cruelty to animals on factory farms, and treatment of their employees—all to the fast-food lover’s dismay.

This documentary tells the tale of a man who subsists entirely on McDonald’s food for one month and all the disturbing effects that his experiment has on his body and mind. 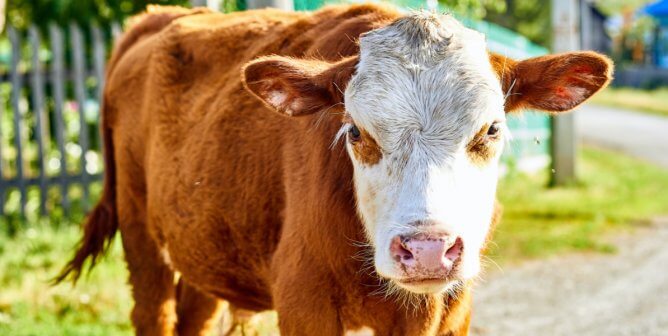 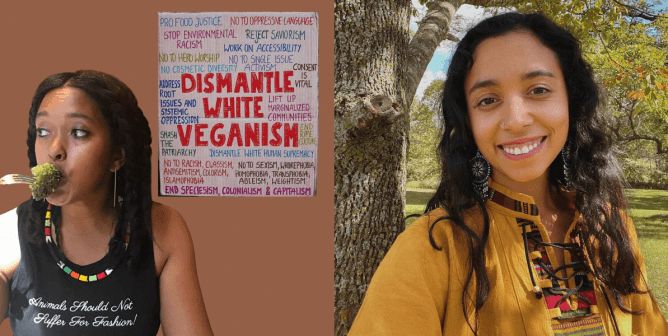 7 Vegan Indigenous Creators You Should Be Following 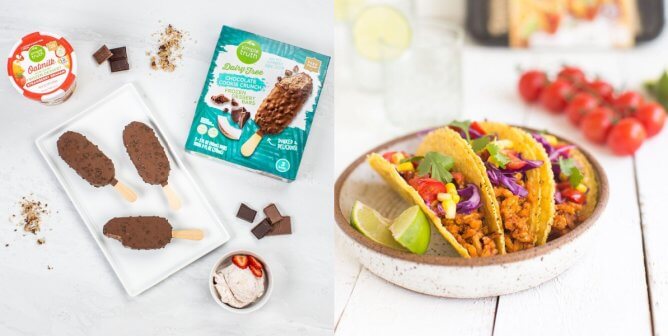 How Kroger’s Simple Truth Brand Can Inspire Your Vegan Plate