Check out these images from the new film Rise of the Planet of the Apes and catch the film in theaters nationwide starting August 5! 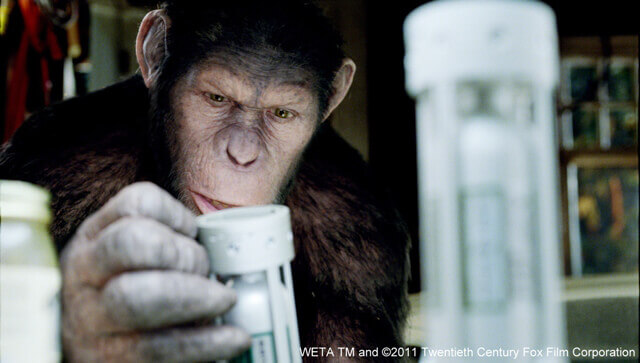 Academy Award-winning visual effects house WETA Digital, has created a CG character—Caesar—of unprecedented emotion and intelligence, for Rise of the Planet of the Apes. 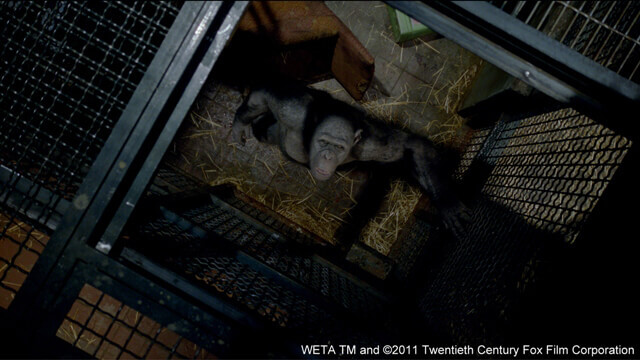 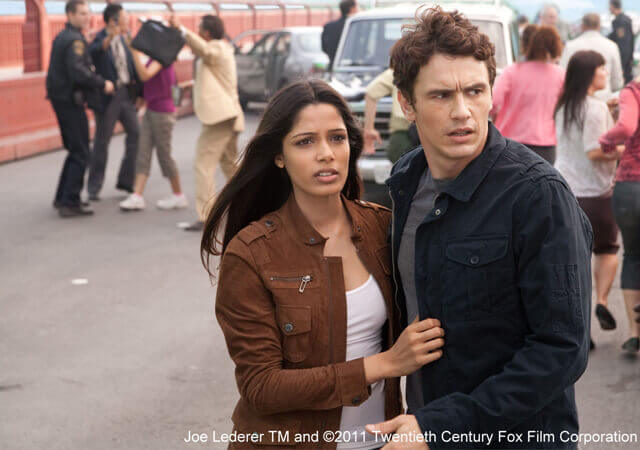 On the Golden Gate Bridge, James Franco and Freida Pinto react to an unfolding battle that will change the world. 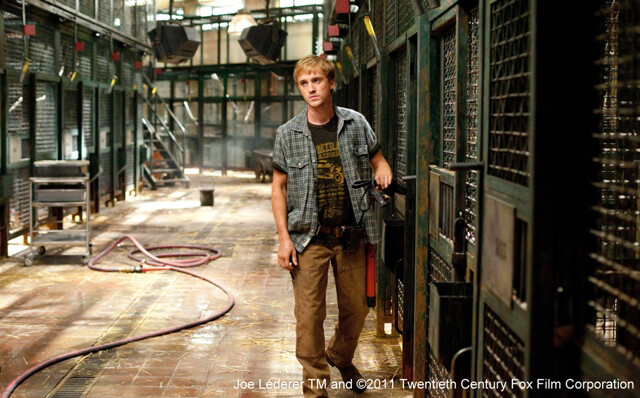 Harry Potter‘s Tom Felton portrays Dodge, who helps run an ape “sanctuary” from which Caesar will begin his revolution. 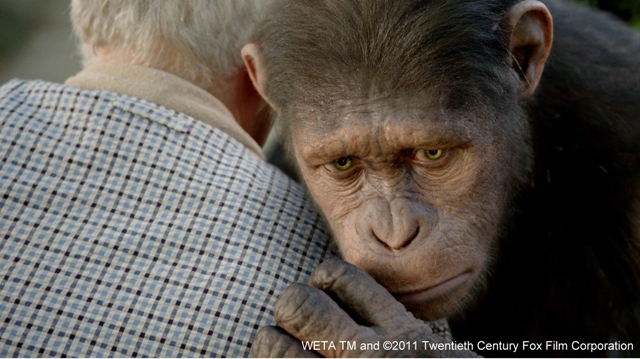 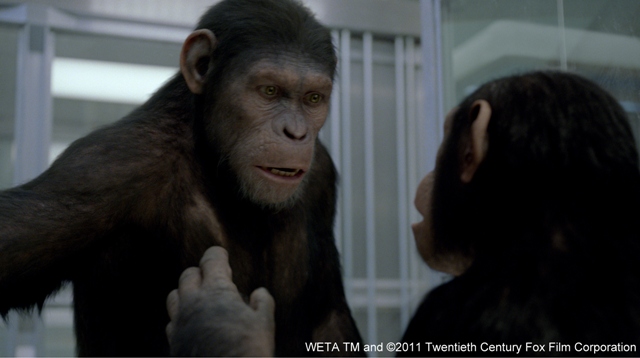 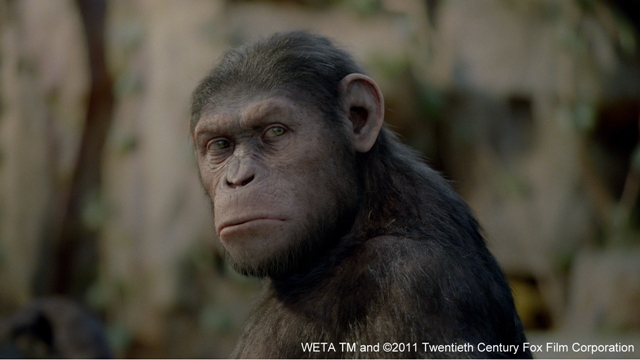 The groundbreaking work of visual effects house WETA Digital allows audiences to emotionally engage with a lead character, a chimpanzee named Caesar, who does not actually exist. 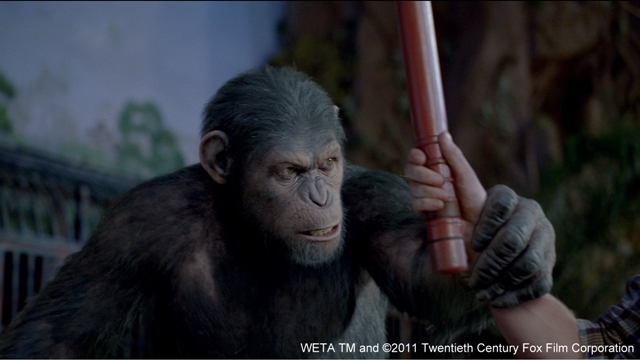 A defiant Caesar takes the first step in what will ultimately lead to the Rise of the Planet of the Apes.

Learn more about this groundbreaking movie and watch exclusive interviews with the director and the visual-effects team! 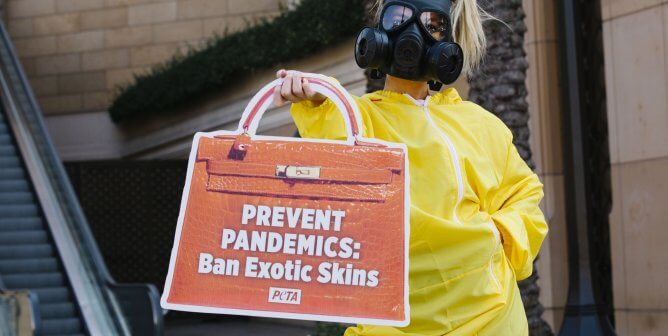