PETA filed complaints with federal regulators after receiving evidence from a brave whistleblower that staffers in a Princeton University laboratory placed at least one marmoset in a small plastic ferret exercise ball and rolled the ball through the corridors of the laboratory … for fun. Other allegations include that staffers routinely mishandle the marmosets, causing them to bite staff and escape from their cages.

Marmosets are small, fragile primates who live with their extended families in dense forests and spend their time high in trees. They are very easily stressed by being handled and were surely terrified and put at risk of sustaining serious injuries during the stunt with the exercise ball 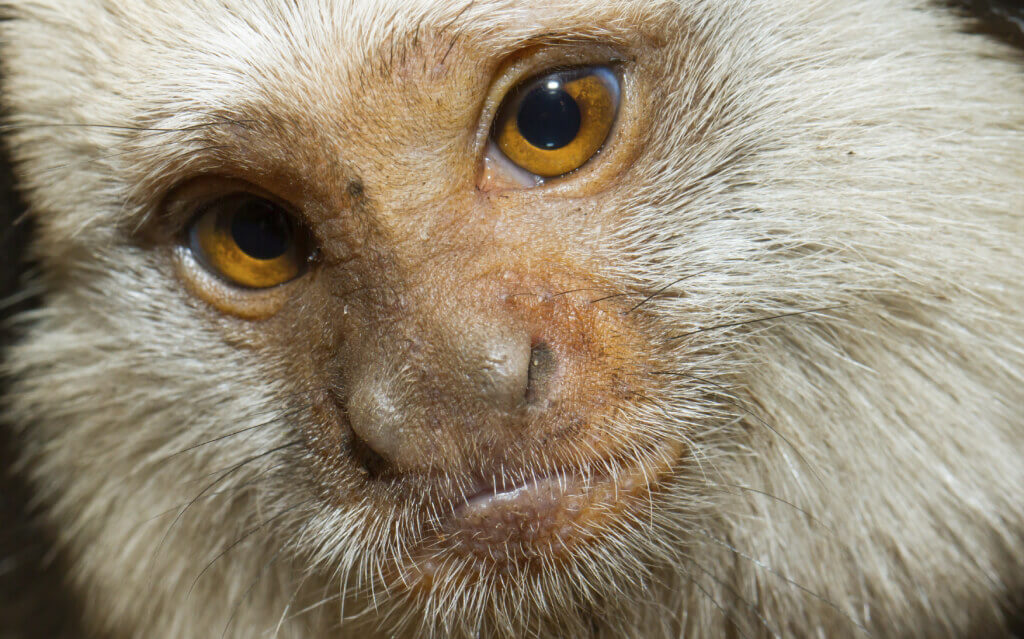 The marmosets in this Princeton laboratory are locked in cages and used for experiments to study how they coordinate their vocalizations, something that could be studied in monkeys in the wild. Taxpayers have funded these experiments to the tune of more than $2.3 million since 2007, including $336,000 this year alone.

Princeton has a history of abusing marmosets and other primates. In 2011, the school was cited by the U.S. Department of Agriculture (USDA) for failing to provide a pregnant marmoset who was in distress and ready to give birth with adequate veterinary care. Her newborn ultimately died, and a veterinarian was not allowed to investigate the cause of death. The school was also cited that year for allowing a marmoset to escape from his cage and get injured. Sound familiar?

Princeton has been cited for a total of 23 Animal Welfare Act violations since 2009, including failing to search for alternatives to animal use, failing to provide primates in pain with adequate veterinary care, and failing to justify drastically restricting primates’ access to drinking water.

Demand [link to AA] that Princeton send these long-mistreated marmosets to an accredited sanctuary.