While we don’t know exactly how Emma’s life began, her story starts the way that too many dogs’ stories do: She was wandering the streets, homeless, thin, petrified, and alone. Her luck changed when a PETA Community Animal Project (CAP) staffer found her on a neighbor’s front stoop, soaking wet and trembling, and cajoled the terrified dog into a fenced-in yard. Eventually—with lots of patience and tempting food—the CAP staffer got the pup leashed and into the car.

She was rail-thin from scavenging for scraps on the streets and was so terrified of people that she cowered and shook when anyone came near. But after a few days of hearty eating, a spay surgery, and other veterinary care—and a lot of TLC from her foster family—Emma began to emerge from her shell.

As luck would have it, a wonderful family whose dog had just passed away was searching for a new canine companion, and when they met the blossoming 2-year-old, it was love at first sight. As she headed to her new home, Emma seemed to understand that her days of being homeless and unwanted were long gone. 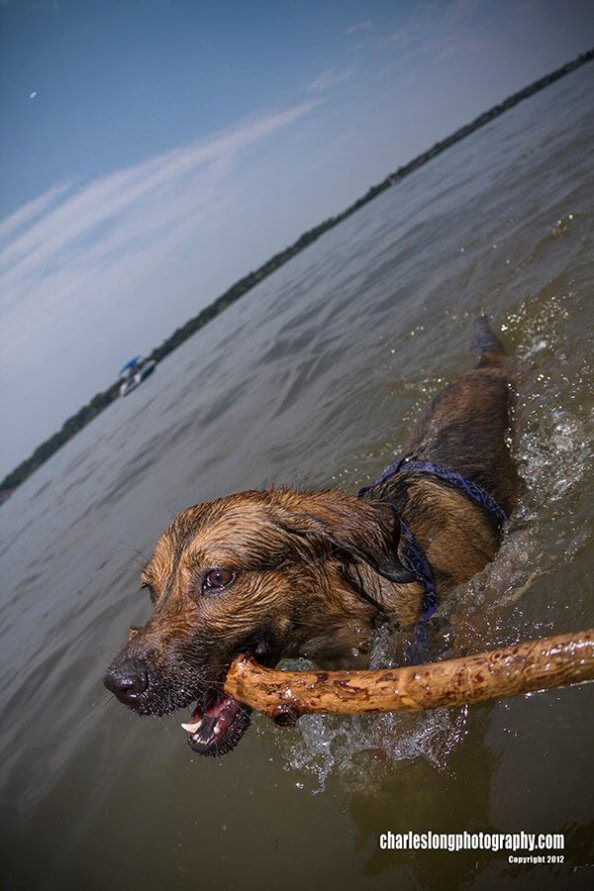 Now, Emma is a different dog from the one PETA first rescued: adventurous, confident, and full of life. She spends so much time perfecting her doggie paddle that she could be training for the Olympics, and her list of “likes” reads like a personal ad: swimming, boating, going to the dog park, running, and taking long walks. But little Emma doesn’t need a personal ad—she’s already found the loves of her life. 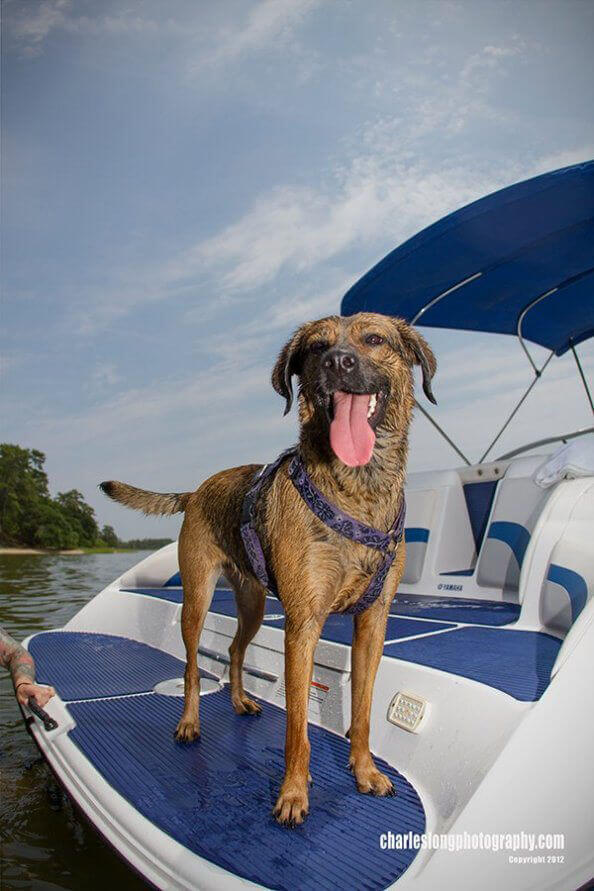