We just had our monthly staff meeting last week, where everyone gives a presentation about what their departments have been up to and shows pictures and video of the highlights of last month’s work. We also get some reports on what PETA’s entities around the world are up to, and there’s usually something really, profoundly weird and compelling that they came up with (I’m looking at you in particular, PETA Germany). Anyway, these are all old stories that made big headlines in their respective countries, but I got a real kick out of them, so I figured I’d share:

PETA Asia Pacific’s Jason Baker, dressed in a chicken costume, was attacked by angry KFC employees at a demonstration in Egypt. This story is funnier if you actually know Jason, though of course there’s a whole big WTF KFC? element to it as well: 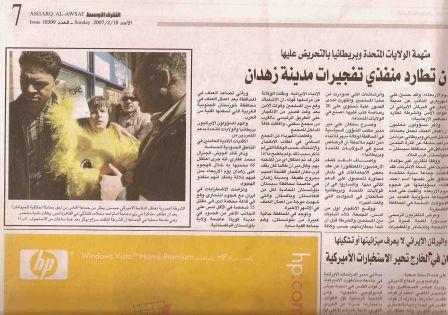 PETA India made a headdress out of vegetables for supermodel and actor Aditi Govritikar to wear in their newest ad campaign: Use Your Head, Go Veg. Fundamentally odd as that sounds, the picture is actually really striking, and Aditi looks stunning: 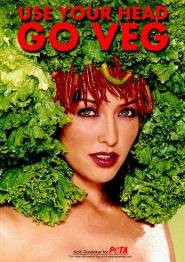 And finally, PETA Germany, which never, ever disappoints, held a hilarious demo outside the offices of Agriculture Minister Horst Seehofer, who has been trying to reverse the ban on battery cages for egg-laying hens in Germany. Seehofer has also been in the German press lately for upsetting his wife by getting his mistress pregnant, so PETA Germany stood outside his office on Valentine’s Day with a big sign asking him to “Have a heart for animals, not just for women.” Priceless. 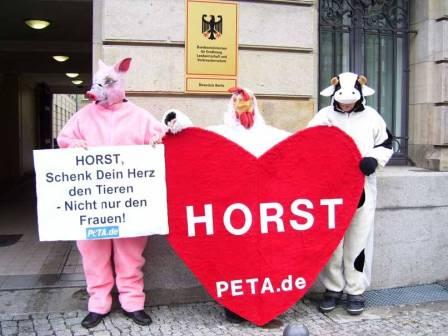