Even though fur farming would have ended in Germany by 2022, animals didn’t have to wait that long. The last fur farmer there has called it quits, his farm in Rahden now stands empty, and fur farming is over in the country. In an interview, the fur farmer complained about the government’s frequent—and often unannounced—inspections and said that the pressure from animal advocates and the public to shut the farm down was too great to keep it going.

Global fur trading continues to die as Germany votes for a bill that will shut down its six remaining fur farms!

This victory is over 20 years in the making.

Since PETA Germany was founded in 1994, it has lobbied for a fur-farm ban and conducted several investigations, petitions, protests in front of mink farms, and celebrity anti-fur ad campaigns, all of which have finally led to the passing of this legislation. 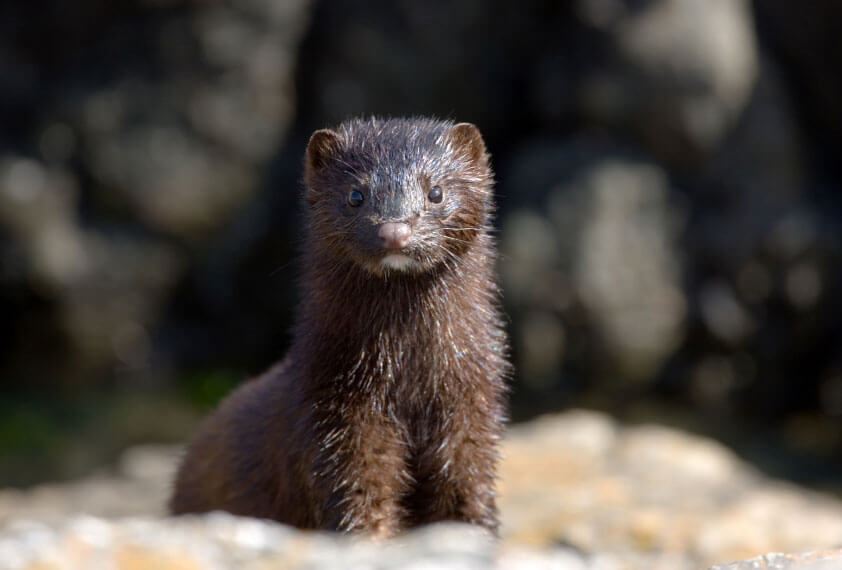 Germany’s last fur farms will close down after a five-year transition. The new bill demands stricter regulations governing fur farming and will effectively make the raising of minks nonviable for farmers. Fur-farming bans and stricter regulations that inevitably cause facilities to close are becoming increasingly widespread. Within the last year, both Japan and Croatia took similar steps to eradicate fur farms.

Many companies and celebrities are now fur-free.

After learning about the horrific cruelty behind every fur jacket, trim, or cuff, many powerful voices wanted to help PETA take down this industry. People like Jhené Aiko, Penélope Cruz, Taraji P. Henson, Eva Mendes, and even first lady Melania Trump have all gone fur-free.

Together, we can create a fur-free world.

Always wear non-animal materials and speak out against companies that sell fur. With so many beautiful and warm vegan options today, it’s easy to leave fur out of the closet or showroom.